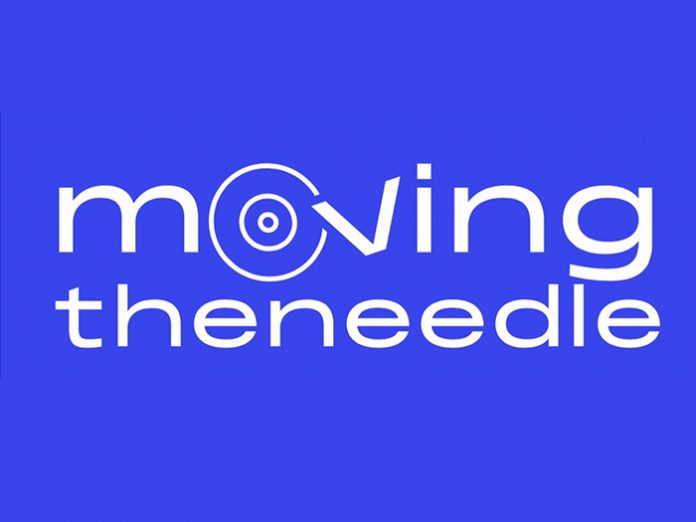 A group of influential women in the UK music industry have joined forces to form Moving The Needle (MTN), an educational support group that launches for International Women’s Day 2021.

Its members #ChooseToChallenge the status quo where women come into the UK music industry in droves, yet only hold a third of senior management roles. That’s despite the fact the UK is famed for pushing the boundaries of creative innovation as the world’s second biggest exporter of music – an industry worth £5.2bn a year.

Women hold 65% of the entry level roles but only a third of senior management roles. Women earn just 73% of what men get paid. For those earning a bonus, it’s 23% lower. Only 35% of women in the industry are aged 45+ which is lower than in 2018 (39%). Only 2%* of senior management roles are held by black women (African or Afro-Caribbean), according to stats by A Seat At The Table.

MTN’s mission is therefore three-fold: to boost the pipeline of young women coming into the industry by educating them about the wide range of careers available to them; to support women in all types of job within the UK music industry; to mentor women to reach their full potential and help them gain senior management roles.

Its vision is to see women of all backgrounds, ethnicities and personality types join the many niches and roles available; for women to know that their talent and hard work will be reflected in the promotions, pay and respect they deserve, regardless of gender; a 0% gender pay gap; women in 50% of the industry’s senior management roles; women staying in the industry beyond the age of 45.

MTN’s leadership programme will consist of mentoring and training via workshops, panels and debates, with a focus on building vital career skills, such as how to network and negotiate. The group will also help to drive out ‘imposter syndrome’ and build resilience. (It’s OK to ‘fail’ because F.A.I.L stands for ‘first attempt in learning’.)

By attracting others who share its vision, MTN will put pressure on people and organisations to change for the better. Consultant and curator of The F-List, Vick Bain is on MTN’s advisory board. “There is not one black, female CEO or Chair of a UK music trade body. Everyone in the industry should be helping in our mission. We want to feel proud that our dynamic industry is fair and diverse, and we’re prepared to make some noise to make this happen. We need people and organisations to join in our mission. The time is now!”

Key Production Group CEO, Karen Emanuel is a board member and founder of MTN. After 30 years running a company making physical music formats (records, CDs, cassettes), she reflects: “In the late 1980s, someone told me that to join this industry, I’d have to start as a secretary. Well I never learned to type, and I’ve done pretty well without that skill by knowing my numbers. But I’m still not seeing enough women come in and rise to the top in the ‘nuts and bolts’ side of this business. It drives me crazy.”

The women behind MTN believe there is no other organisation that offers the range of support it will give to women of all ages, stages and niches of the music industry. Jen Otter Bickerdike, who was the youngest ever director of marketing at label, Interscope, and who lectures at BIMM music college, notes, “I’ve never, ever had a mentor in the industry. There’s a real lack of support for women. When I left the label, no women were above me, which indicated there was no pathway. We hope to make a difference now as part of Moving The Needle.”

Many women who graduate in music performance degrees vanish from the industry over time. Bain noted: “Nearly half (46%) of our music performance graduates are female, yet just 14% of songwriters and composers are women. Women exit the music industry far too young.”

Consider the fact only 3 of the 32 people nominated for Best Song at the 2020 BRIT Awards were female, with no females winning Best Album or Best Group. This is leading men – as well as women – to speak out. Whilst receiving their gong for Best Group, Foals’ lead singer, Yannis Philippakis, said: “Hopefully next year we’ll see some more women in this category.”

Influential men are voting with their feet, which MTN encourages wholeheartedly, so it is seeking male advocates such as Matt Healy of The 1975, who pledged only to play at festivals committed to gender balanced line-ups.

Yet, it’s not just the performance talent pool that needs balancing. There are hundreds of roles across the music industry that female pupils and young women should know about, so a key mission at MTN is encouraging more of them to enter the industry. Music For Nations (Sony Music) Label Head, Julie Weir implored: “We’ll be telling young women at schools and colleges about the rich array of roles on offer. They may only know about the roles traditionally associated with women, such as PR and marketing.”

Emanuel added: “We need to bring young women into the ‘behind the scenes’ areas and ‘nuts and bolts’ roles such as mine, which are still predominantly male. At a recent conference I attended about distribution and manufacture of music, I calculated how many attendees were female: it was a miserly 5%!”

Positive Subversion Director, Siofra McComb explained: “There’s a lack of mentoring support within the industry, and that’s partly the reason why I wanted to get involved in MTN. We want to support young women to come into areas of music normally associated with men if they want to. Why shouldn’t an engineering role for a label be suitable for a woman?”

Sadly, there is plenty of evidence showing that having a family means women leave the industry over time. The Balancing Act, PiPA 2019, found 55% of parents working in music are on precarious contracts, with 80% of parents in music having to turn down work.

Getahead CEO, Jenni Cochrane, who has worked in the music industry for over 20 years, points out: “COVID-19 has shown men having to work from home how much women in our industry have to juggle, how challenging it is to get the work-family balance right, and the toll this takes on our mental health. A new respect and understanding has emerged, and we hope to build on it as part of Moving The Needle.”

In particular, there’s an exodus of women leaving the industry before they reach Senior Management. Emanuel noted: “Women may leave because they don’t get good enough support after returning from maternity leave, or because having children means they are unable to network as much as their male counterparts, or because (certainly prior to COVID-19) they aren’t given the flexibility they need. Or maybe they just assume they’ll never get to the top, because they hardly see any women there. When I started Key Production, people would arrive in my office and ask me if they could see the boss. I was the boss!”

Montello summed things up: “There’s tons of evidence that says a diverse team makes a better team! You need different people to bring up different ideas and perspectives.”

Emanuel added: “We all want to give as much advice as we can to help other women (and men) achieve what we have – despite the odds stacked against them.” Julie Weir adds, “I’ve been part of the music industry for 25 years in many forms, and feel privileged as such. I want to be able to give something back and bring through a new generation of people into this creative and vibrant world.”

Siofra McComb stated: “I’ve faced a different set of challenges at every stage of my career, so I really value the advice and support I’ve been given by my peers and female leaders of this industry. It’s amazing to be a part of this group of empowering, driven and smart women using all the lessons they’ve learned along the way to give back through education, mentoring, and support.”