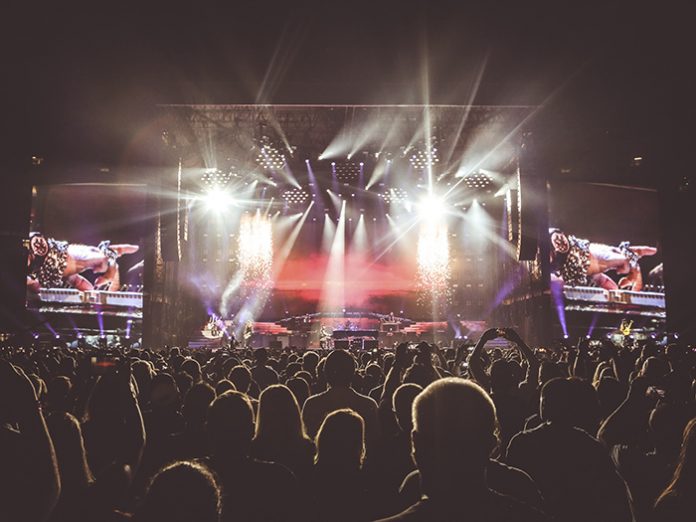 Experienced Lighting Designer Phil Ealy (of West Coast Visuals) was contacted again recently to undertake the production design for the current Not In This Lifetime world tour, when Axl Rose reunited with Slash and Duff McKagan in the classic line-up. One major change over the 40 years, of course, has been the breakthrough in stage technology – and this time around the designer sent out large quantities of GLP’s impression X4 and X4 Bar 10’s.

The X4 and X4’s are also currently used on the Britney Spears’ Planet Hollywood residency in Las Vegas – a show that he still operates for the Silent House lighting collective when not away on tour. “I love the way you can get so many different looks out of the fixture and the output is great,” he said. “I knew they would be a perfect fit for the pods [on Guns N’ Roses].”

He has used 19 impression X4 with 19 cells per fixture, in each of the seven hexagonal pods in the lighting design. These were sourced from Upstaging who had them custom built to fit. “This gives us 361 individual beams of light from each pod at 45ft trim – which looks pretty cool. Also, using the X4 Bar 10’s rather than the original concept of X4 Bar 20’s. I can get a bit more movement out of those fixtures as well.

By creating the single ‘supersize’ X4 heads to deliver a massive amount of light output Ealy has delivered a real statement of intent. “In addition to using them all together to create these large beams of light we utilised the built-in macros for effects,” he said. “[Programmer] Rob Koenig also built a number of different groups within the pods to break things up as we got further into programming.”

From a practical perspective Ealy knew that with this level of intensity, the X4 would also be able to cut through the video element at such high trim. “At the same time the X4 Bars’ zoom feature provided the ability to wash the drum and key risers and then tighten up and give us the beams for a number of different looks,” he explained, adding that the fixtures provided the ability to create unlimited looks in the programming process.

As the tour crosses the globe, initially moving to South America followed by Asia in 2016 with new dates announced in Europe for 2017, in order to keep the integrity and consistency of the design the truss mounted automated follow spots, sourcing and cloning into the rig other fixtures on a local basis. “Knowing the reliability of the X4 it is comforting to know that what was created originally will be reproduced night after night world-wide,” stated the designer.

Summing up the advantages that the GLP X4 family gives him, Philip Ealy said, “I am sold on the products and the support — I believe they have hit the mark on reliability and output of LED fixtures. [West Coast Sales Manager] Dave Barten and everyone over at GLP has been very helpful putting this tour together. I look forward to specifying the range of fixtures on my next design.”

Working with Upstaging for the first time he confirmed, “I have been totally happy with all aspects of their services – and they were open to having a few of my own GLP fixtures on the tour, and so that worked out nicely.” And as for the band itself, Ealy concluded, “They look and sound fantastic and the fan response has been very good. It was great to work with those guys again!”