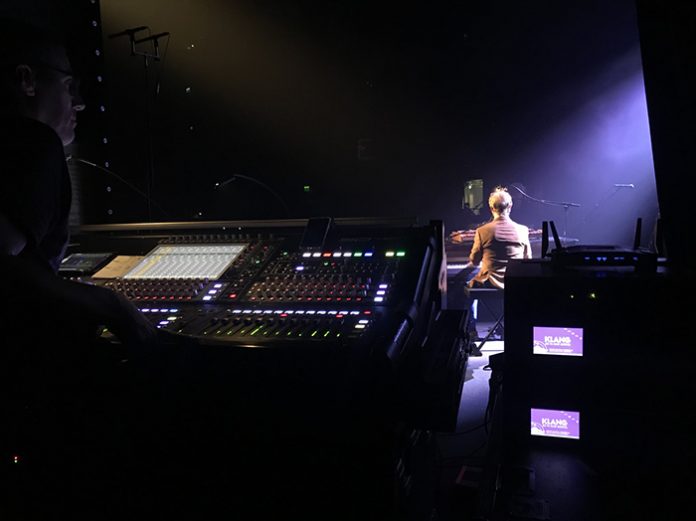 When KLANG:technologies, the German-based manufacturer of immersive 3D in-ear mixing technologies, appointed AEM of Tel Aviv, as its exclusive distributor in Israel earlier this year, both parties expressed confidence that the partnership would be fruitful. As the go-to specialist in this sector for Israeli musicians, producers and engineers, AEM’s founder and owner Alon Eitan was convinced that KLANG:technologies were game-changers and that his customers would share that enthusiasm.

AEM immediately began its delivery of the KLANG message through a series of seminars and product demonstrations, which included discussions on best-practice for in-ear monitor mixing and quickly established strong interest amongst some of Israeli music’s leading lights.

In the autumn of 2018, highly respected Israeli musicians Shalom Hanoch and Matti Caspi, took their show ‘The Main Thing is The Songs’ on a tour of the country. Working in cooperation with the tour’s production monitor technician Ilan Lamdan, AEM introduced KLANG:technologies to Hanoch and Caspi. Alon was a familiar figure to Shalom, having deputised as the latter’s monitor engineer on many occasions over the years. As two of the first users of in-ear monitors in Israel, these experienced musicians were perfect candidates for upgrading to the benefits that KLANG:technologies could offer – something that was immediately confirmed after a round of rehearsals at Chaos Studios in Tel Aviv.

Eitan described the scene at Chaos Studios: “There was a moment during his first experience of KLANG:fabrik, when Shalom looked back to make completely sure his guitar amplifier was not really behind him – in fact he double-checked in case he’d missed it the first time! We knew then that this was a perfect connection and from that point on, Shalom was confident enough to hear the entire band through in-ears.”

Hanoch summed up his feelings: “The KLANG system is a new era in hearing the stage. Everything feels so precise and deep that I can hear every note without disturbing my vocal – how on earth have we worked without it for so long?!”

Eitan was present during the shows to offer support and guidance but after a very short space of time, the tour technician was fully confident with the system. For the seven musicians onstage, 2 KLANG:fabrik units were used in conjunction with a DiGiCo SD10, Sennheiser G3 IEM systems, Shure KSM 9 and DPA d:facto microphones.

Eitan concluded: “You know that something is a success when a musician of Shalom’s stature takes off his in-ears and gives you a hug because he’s so pleased with what he’s hearing! It was a big moment for all of us and the band loved the KLANG system. It made the whole production an easier, more relaxed, fun and exciting experience. Shalom now wants to use KLANG with his regular rock show as well, which leaves no doubt about how highly he rates it.”

KLANG:technologies Head of Sales, Phil Kamp, reflected on another success story: “We’re delighted that KLANG:fabrik played its part in helping to deliver such a well-received production. When musicians are relaxed and comfortably able to hear themselves in exactly the way they would choose, their performances will always be enhanced. Our aim is to create precisely that environment and this tour is yet more evidence that we are succeeding. AEM is a fantastic partner, trusted by Israeli musicians of the highest calibre and we are pleased with its swift progress in establishing KLANG at such a high level in the market.”