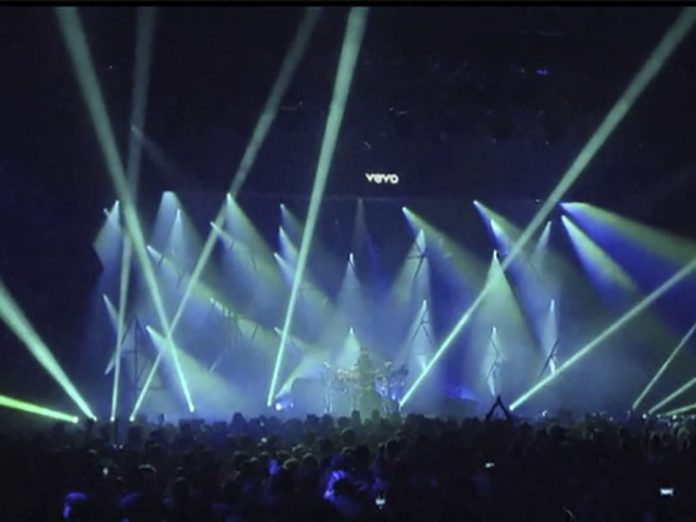 Midas provided all the power as Vevo Halloween hit Bramley-Moore Dock, Liverpool on 29 October, for 3,400 ticket-holders and millions of others via the video hosting service’s website.

Set in a dockside warehouse, with the stage in an adjoining temporary structure, the 12,000sqm site was painstakingly dressed to the theme ‘Phobias’, which was reflected in the fans’, and the bands’, fancy dress.

Ipswich-based Midas supplied a turnkey power generation, mains cabling and distro solution. It included a pair of synched 500 kVAs for performances from Aurora, Blossoms, Izzy Bizu, Jack Garrett and Zara Larson, together with a 220 and a 116 kVA for production, across the five-day build and the show.

Dave Noble, Midas’ Managing Director, said: “Broadcast was equally important, so Vevo Halloween was much more than a straightahead gig. On a wet and windy dock, with a whole lot of creativity going on, it was a complex build. [Site Manager] Pete Watts put a great team together though and there were no horrors, beyond the spiders, clowns, blood, snakes and rats the theme insisted on.”

Pete Watts commented: “Midas always delivers what I ask for. The Midas team understands the dynamics of the event industry and the need for flexibility. They get the balance between supplying the requisite power and making sure sets are not left running, which helps keep events greener while reducing fuel costs.

“I can send provisional specs and plans to Midas then discuss the real world requirements and agree what should be provided. That allows me to budget effectively and to educate other suppliers about their actual power wants.”