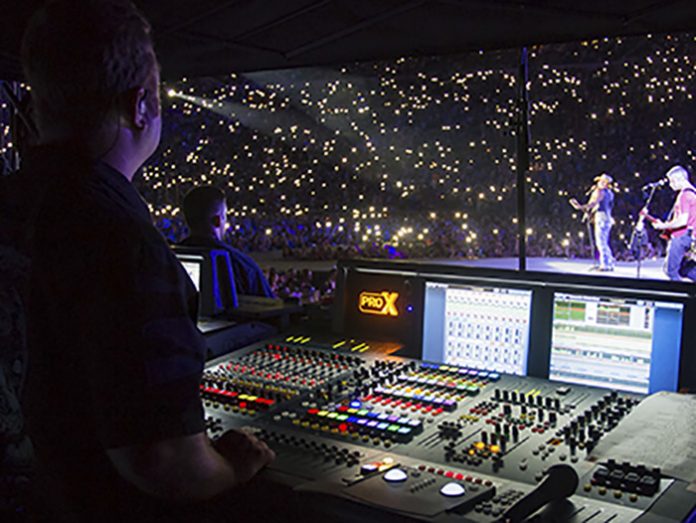 Country superstar Kenny Chesney is taking not just one, but two MIDAS PRO X digital mixing consoles on the road as part of his 2016 Spread the Love Tour, including 14 major stadiums. The consoles will provide premium-grade sound mixing for the band’s entire monitor system, and also uses four DL431 Mic Splitters and two DL451 Stage Boxes. Morris is the production company for the much anticipated Spread the Love Tour.

“Morris has been a longtime supporter of MIDAS, so when they introduced the PRO X, upgrading seven of our MIDAS consoles was a natural choice for us,” said Morris CEO, Danny Rosenbalm. “As we aim to provide our clients with the best technology available, the increased channel count and upgraded Neutron DSP make the MIDAS PRO X console update a solid investment for our company.”

Audio Engineer and Designer, Bryan ‘Opie’ Baxley commented: “I’ve been mixing on MIDAS PRO Series consoles for over 8 years and have fallen in love with the sound they produce, and the Neutron DSP system upgrade on the PRO X has made the console even more stable. The 144 inputs will satisfy my needs on Kenny Chesney’s tour for years to come. I am pleased and proud to mix on the MIDAS PRO X console – I’m a huge fan!”

“I love the MIDAS for ears,” said Monitor Engineer, Phill ‘Sidephill’ Robinson. “It is one of the easiest consoles to get around on, and I love the pop groups. The sound is great all the way from the analog preamp to the digital processing and back out. The PRO X one of the best out there.”