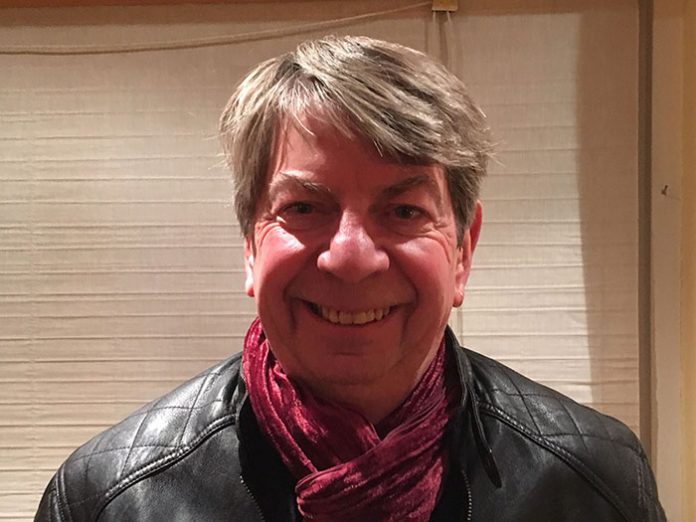 How did you initially get into wireless audio?

“Touring with various bands (The Stranglers, Average White Band, Eric Clapton, Meat Loaf) as Monitor Engineer led me to The Undertones, who was my first experience of working with a radio mic when Feargal Sharkey was using a VHF Nady.

Afterwards, I toured with the Thompson Twins who used quite a lot of wireless and it became obvious that wireless audio was a discipline in itself. Then Garwood came along with the first in-ear systems. Wireless audio was evolving quickly. With Erasure, I had radio mics and in-ear systems both in UHF and I realised what production could achieve when the wireless systems were problem free. I’d worked with Nick Bruce-Smith on the Thompson Twins and after putting our heads together on a tour bus one day we came up with the idea for Hand Held Audio. Hand Held has been running successfully ever since and now I’ve started TXRX as my own venture, focussing on digital wireless systems.”

Why is it important to focus on the future of wireless audio?

“Ofcom is reducing the PMSE (Programme Making and Special Events) spectrum for radio microphones & IEM systems. The 700MHz band will be cleared for use by mobile service providers by May 2020. The challenge is severe for PMSE users as the spectrum remaining to them (470 – 694Mhz) is becoming ever more congested with Digital TV Transmissions as the broadcasters re-locate out of the 700Mhz band. PMSE uses the spectrum not taken by TV transmissions – so availability varies on a regional basis. In some UK cities, there will virtually no spectrum available for PMSE use.”

What services does TXRX provide?

“TXRX provides a consultancy service covering the whole field of wireless audio including venue assessment, frequency planning and licensing as well as offering advice on equipment utilisation and investment, before and after the 700MHz clearance. We also operate an equipment bank offering very good, quick response sub hire facilities for the best new digital radio mics and in-ear systems.”

What is the plan for the future?

“The technology used by digital radio microphones has now matured. New-generation systems are super-reliable, sound great and are much more spectrum efficient than the analogue kit. By maximising the use of digital wireless systems, complemented by careful frequency planning, wireless audio in the entertainment industry can be sustainable going forward.”

What is the biggest concern with regard to the shrinking spectrum?

“The biggest concern has to be that there just won’t be enough spectrum for major events – which sometimes require a 100 plus channel count. The proposed alternative “Airband” is a UK only solution and will be very site-specific.”

How can events be safeguarded?

“Thinking further ahead into major events that is current practice will be important – allowing for communication between all suppliers and for spectrum issues to be identified and addressed in time. Scrupulous frequency planning and licensing is a great safeguard against interference. Digital wireless systems have encryption which gives security against wireless piracy.”