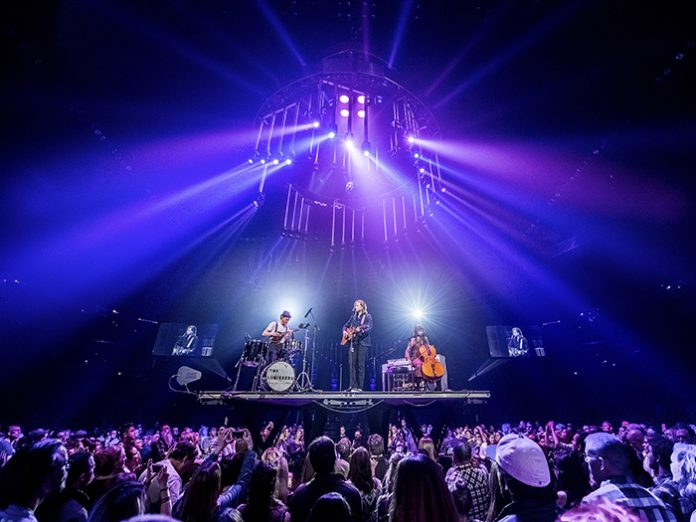 Currently touring the world in support of their new album, The Lumineers have been playing larger venues than ever before, supported by a Meyer Sound LEO Family system from Sound Image.

Josh Osmond, the band’s FOH Engineer and System Designer, said it has been a smooth transition from a smaller LEO Family rig used on earlier tour legs. “In arenas, I mix from nearly 130 feet from the stage, yet I still get the same clarity and presence as if I were 90 feet away,” he commented.

The Lumineers now fill amphitheatres and arenas, but their live show is rooted in where they came from: playing small houses in the Denver music scene. “When they came to the bigger stuff they still wanted that [smaller] feel,” said Monitor Engineer Brad Galvin. As a solution, they devised a B-stage located in the middle of the audience at each large venue, where they could get up close and personal for a few songs mid-show.