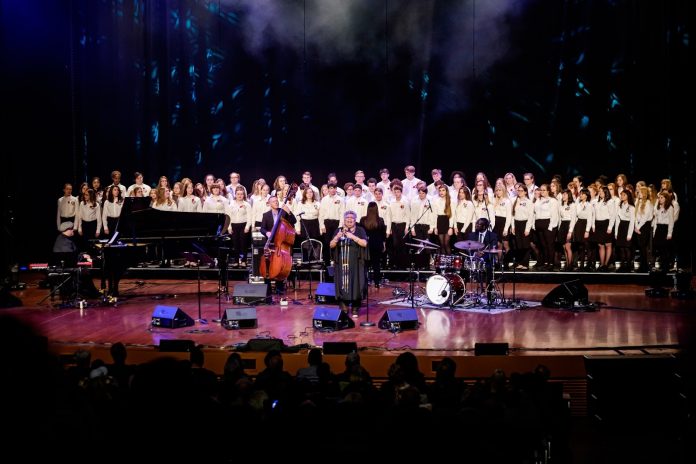 Meyer Sound has been named as an official sound partner and a major sponsor of the Bravo Niagara! Festival of the Arts, Voices of Freedom and the Oscar Peterson International Jazz Festival, all based in Niagara-by-the-Lake in southern Ontario’s wine country.

Working in close cooperation with GerrAudio Distribution, the company’s Canadian distributor, Meyer Sound will be providing all audio systems for the up-and-coming festivals’ year-round programs of jazz and classical music.

Bravo Niagara! Festival of the Arts was founded in 2014 by the mother-daughter team of Mori and Spieldenner. The Oscar Peterson International Jazz Festival, honouring Canada’s greatest jazz artist, is led by Artistic Director Renee Rosnes and Artistic Producer Kelly Peterson with executive direction from Bravo Niagara!

Meyer Sound have earned more than 100 US and international patents and numerous awards since its founding in 1979 by John and Helen Meyer. With field offices and authorized distributors worldwide, Meyer Sound designs and manufactures all products at its Berkeley, California headquarters, allowing for rigorous quality control and testing.

“For me, having high-quality sound is equally as important as having world-class artists on stage,” says Bravo Niagara! Artistic Director Christine Mori. “One of my biggest challenges is securing a quality of audio production that matches the talent of the performers on stage. So this new partnership with Meyer Sound really is a dream come true. What’s been truly amazing is the versatility of the Meyer Sound systems moving from classical to jazz concerts. Whether it’s a Stradivarius violin in an intimate space or a mass choir in a performing arts centre, the sound quality is consistently extraordinary.”

The first large-scale event under the new agreement was the Voices of Freedom Concert, a celebration of the region’s unique role in Black history. Held in Partridge Hall of The FirstOntario Performing Arts Centre in early November and curated by Céline Peterson, Oscar Peterson’s daughter, the concert presented an illustrious lineup of Canadian jazz and soulful music artists. To cover the full audience of 700, GerrAudio brought in a system anchored by main arrays of 12-each LINA™ line array loudspeakers, augmented by four 750-LFC compact low-frequency control elements plus two UPJ-1P and four UPM-1P fill loudspeakers, all driven by two Galileo® GALAXY™ 816 processors. Artist foldback was supplied by one MJF-212A, three MJF-210 and four MJF-208 stage monitors.

“It was absolutely thrilling for all of us to experience the sound that night,” recalls Bravo Niagara! Executive Director Alexis Spieldenner. “The musicians, the other sponsors and the full house of attendees heard every performer with undiminished power, presence and detail. Afterwards, audience members and artists alike raved about the quality of the sound.”

“Some patrons who had come to earlier concerts at this venue came up to me and said that this time the sound really was phenomenal,” remarks Spieldenner. “The Meyer Sound partnership truly has elevated the festival experience for audience and artists.”

A much larger complement of Meyer Sound loudspeakers will be on hand for the Oscar Peterson International Jazz Festival this coming February 15-17, with concerts at Partridge Hall as well as multiple other venues. Concluding the 2018-19 season will be Spring into Music, a series of five concerts in April and May staged in the quaint press alley at the elegant Stratus Vineyards.

Meyer Sound’s sponsorship role was initially facilitated by Jerry Placken, the company’s director of strategic relations, and when he discovered the high calibre of artists performing at the local festivals, he took the initiative in assuring sound systems would be available at the same level. After enlisting the support of Bob Snelgrove, president of GerrAudio Distribution, Placken quickly secured the backing of Meyer Sound’s co-founders, President and CEO John Meyer and Executive Vice President Helen Meyer.

“The word “serendipity” keeps coming up in regard to this relationship,” says Bravo Niagara’s Christine Mori. “We know Meyer Sound is associated with renowned institutions like Jazz at Lincoln Center and the San Francisco Symphony. The fact that they are sponsoring a smaller, lesser-known organization – though presenting performances at that same artistic level – speaks volumes about the company’s broad commitment to supporting the arts.”