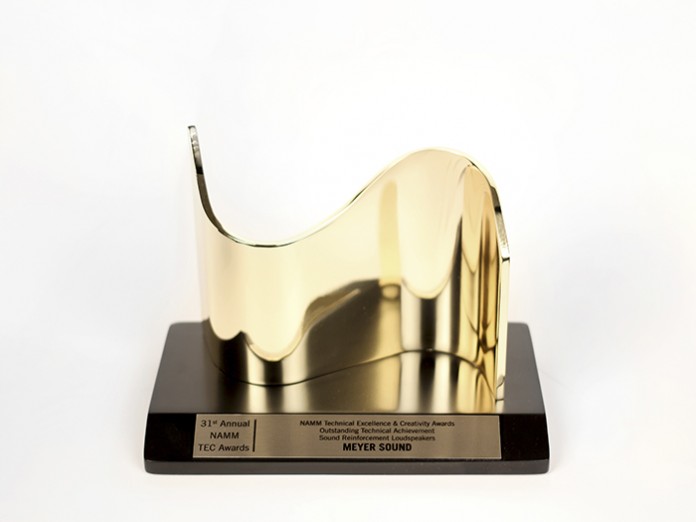 Presented in Anaheim, California in conjunction with the 2016 NAMM Show, this is the sixth industry accolade for LEOPARD since its debut in 2015, and the 11th TEC Award win for Meyer Sound.

“LEOPARD had already received a number of other awards, but this one is particularly significant because the TEC Awards’ open voting means that LEOPARD’s exceptional quality is widely recognised throughout the pro audio and music communities,” said Antonio Zacarias, Meyer Sound’s Vice President of Worldwide Sales. “We’re thrilled that the LEOPARD team’s dedication has earned such overwhelming industry approval.”

The newest and smallest member of Meyer Sound’s growing LEO Family, the patent-pending LEOPARD boasts tremendous power-to-size ratio with ultra-low distortion. Each LEOPARD loudspeaker is optimised for an array of six cabinets or longer, with default low-mid array compensation for utmost simplicity out of the box.

LEOPARD’s larger sibling, the LYON linear sound reinforcement system, was the recipient of a TEC Award in 2015.