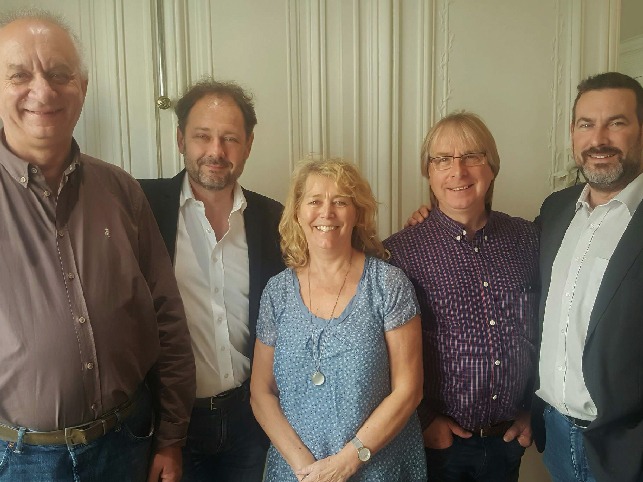 Thierry Tranchant, Yannick Bétis and Eric Barthélemy has announced the acquisition of the French company Melpomen by B Live Group, who are a service provider to the live events industry based in France. Melpomen were formerly owned by the UK based SSE Audio Group.

Melpomen has a considerable track record as a service provider of sound, lighting and video facilities for major live shows, festivals and touring, so this move further strengthens B Live’s position in this market segment.

Melpomen’s extensive experience in the installation and integration market and its track record with prestigious clients such as the Stade de France and Parc Asterix will allow the newly enlarged Group to reach a critical size in this developing market sector. Melpomen’s HQ, located in Nantes in the west of France extends B Live’s geographical presence throughout France, improving support and service to the whole of the Group’s activities.

In the coming weeks, Melpomen and B Live’s teams will come together to integrate their talent, energy and technical expertise and to develop synergies in sales, generate new business opportunities and further improve the quality of the services offered to their customers.

With this new acquisition, B Live strengthens its position as a leading entertainment industry multi-specialist and sets the basis for future development. With a revenue of approx. 75 million Euros, B Live is now one of the top three suppliers in France and can offer a 360 degree service in Europe for live, festival and touring, events, TV shows and cinema.

Thierry Tranchant, founder and Managing Director of Melpomen remains in charge of the Nantes based company and joins the board of directors of the B Live Group.

Since their merger with SSE Audio Group in 2001, Melpomen has enjoyed continual growth and expansion through a close working relationship with the UK operation. Since their initial meeting, it became clear that John Penn (SSE Audio Group MD) and B Live’s Yannick Bétis and Eric Barthélemy, each share similar philosophies about the future development of the entertainment industry. They therefore expect that SSE Audio and B-Live will continue to work together in the future for the mutual benefit of both organisations.