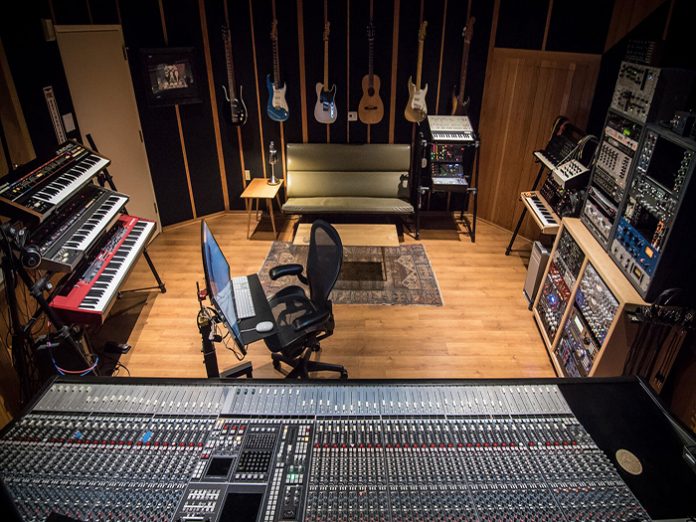 For the past 25 years, producer, songwriter, musician and audio engineer Mat Mitchell has worked with some of the world’s biggest recording artists, including Nine Inch Nails, Tool, Katy Perry, Tegan and Sara as well as his own band, Puscifer. Mitchell understands the importance of high-quality, reliable equipment, which is why for over a decade he has been using DPA Microphones. Mitchell was recently introduced to DPA’s new CORE amplification technology.

CORE is a new amplifier technology that lives within DPA’s line of miniature lavalier, headset and instrument microphones. Looking to minimise distortion and increase the dynamic range of its d:screet, d:fine and d:vote lines, DPA developed this amplifier to create an even clearer sound.

Mitchell’s first experience with DPA was in 2007 while working at Lightship 95 Studio, a tonne ship docked on the Thames River in London. “I was recording drums with Sara Jones (Hot Chip, Bat For Lashes) and we used a pair of DPA d:screet 4061 Miniature Omnidirectional Microphones as room mics, which did a wonderful job capturing the large metallic belly of the ship,” said Mitchell. “Traditionally, I would have gone with a large diaphragm condenser, but found the d:screet 4061’s gave a more ‘real,’ in the room sound to the drums.”

In the 11 years since he used his first DPA d:screet 4061 microphone, Mitchell has gone on to add a full complement of DPA microphones to his inventory, including the d:vote 4099 Instrument Microphone, d:dicate 2011A and 2011C Twin Diaphragm Cardioid Microphone, and most recently the d:screet CORE 4061 Miniature Microphone.

“With DPA microphones, I feel I’m recording the sound of the instrument and not the way a specific mic captures an instrument,” adds Mitchell. “The sound is very open and organic with lots of air. I like using a lot of room mics when I mix drums and the d:screet CORE 4061 mics sound so open and natural, and add a nice clarity to the drum mix. In addition, I tend to listen to tracks loud and the CORE technology gives me lower distortion and maintains the mics’ warmth and clarity even at high SPLs. If I want the sound of a room, I use my d:screet CORE 4061’s. Their flat response makes me feel like I’m in the room. If I need isolation, I use my d:vote 4099’s, the mics’ off-axis rejection is crazy.”

Another reason Mitchell enjoys using DPA microphones are their EQing benefits. “Prior to using DPA mics, I found myself immediately going to the EQ to build the instruments’ sound,” added Mitchell. “With the DPA’s, I record flat. They make me sound good.”

In addition to the high-quality sound of DPA’s mics, Mitchell is also impressed with the company’s mounting accessories. According to Mitchell: “I absolutely love all the mounting options that I have with my d:screet CORE 4061 and d:vote 4099 instrument mics. I feel like I’m opening my spy kit when I dig into my DPA mounts. DPA has a mount for everything and the mics are so small they don’t get in the way of the player.”