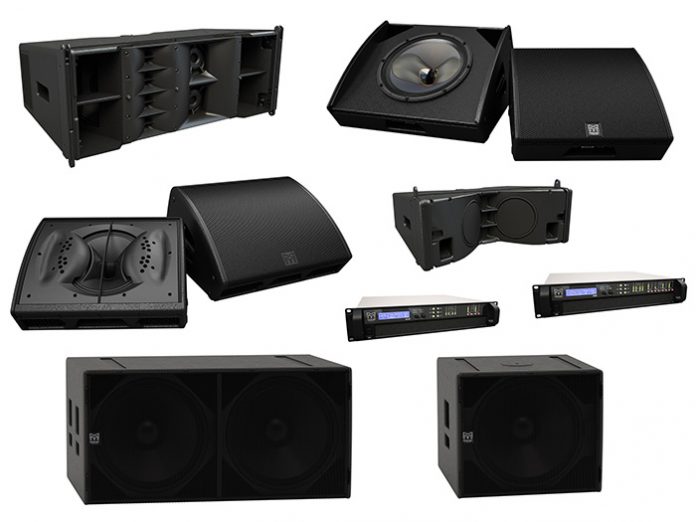 Back in April, Martin Audio chose Prolight+Sound in Frankfurt as the platform to announce and preview its ambitious line-up of 10 new products across multiple categories including line arrays, stage monitors and amplifiers.

With pre-sales running high, Martin Audio is pleased to announce that many of the new products have now started to ship. Dom Harter, Managing Director, commented: “I’m delighted that our production schedule has remained on track which is another sign of the growing maturity of the business, enabling us to keep our commitments to customers.”

First out of the gates was the XE Series, bringing engineering innovation to high performance stage monitoring. Featuring unique Coaxial Differential Dispersion technology with a patent pending third static waveguide, the XE series is designed to deliver perfect monitor sound with a defined coverage pattern that allows the artist freedom of movement, while reducing overlap with adjacent monitors.

“Both XE500 and XE300 will be featuring at major festivals over the summer, and currently demand has already accounted for our next few months’ production.” said Harter.

Also shipping is the latest LE Monitor Series, scaling down the technology found in the XE Series to bring engineering innovation to everyday stage monitoring, while at the same time delivering exceptional performance and controlled coverage at a price point not previously possible for a truly professional monitor. Both the LE100 and LE200 started to ship at the end of May.

Harter commented: “We’ve ramped production quickly on these as the price point and early interest suggests significant volume to follow.”

The Wavefront Precision Series is also set to ship this month. Both the WPC (2×1” LF) and the WPM (2×6.5”LF) are new generation of multipurpose line arrays designed to bring Martin Audio’s signature sound, coverage consistency and control to a broader range of live events, permanent venue installations and budgets. Combined with the newly announced iKON multichannel amplifiers, iK42 and iK81, Wavefront Precision is designed to be uniquely flexible, upgradeable and financially accessible.
“The reaction to Wavefront Precision has been extraordinary with our forecasted six month volume already taken in opening orders.” added Harter.

Finally, the two new high performance subwoofers the SX118 and SX218, a single 18ft and double 18ft respectively, have also started to ship. “The SX subs were designed primarily to accompany the Wavefront Precision but their performance and price point has seen demand as a sub to accompany many of our other loudspeaker series too. This is so much so, that we are now looking to phase out the older WS118X and WS218X.” he exlained.

“We’re delighted that this bold new line-up of product, offering innovation and value has taken the market by storm and already starting to get into customers’ hands.” summed up Harter.
www.martin-audio.com