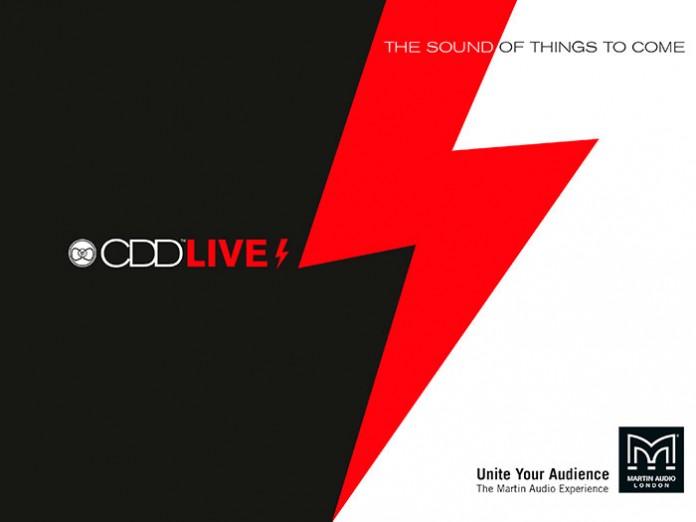 Martin Audio has started to tease the launch of its widely anticipated CDD-LIVE! Series that will be fully announced and showcased at this year’s Prolight+Sound in Messe Frankfurt.

Details of the series are being kept under wraps, but Martin Audio has released a teaser print image and an accompanying teaser video for the new product launch under the banner of “The Sound of Things to Come”.

The range will build upon the hugely successful Coaxial Differential Dispersion technology and given the ‘LIVE!’ moniker is primarily targeting the live sound community.

Dom Harter, the recently appointed Managing Director, said: “This new product range will build upon our Patented technology that will further Martin Audio’s credentials as the true innovator in the marketplace and will deliver our customers a clear competitive advantage. We are extremely excited to unveil this new series at Prolight+Sound, where we have a multitude of activity planned.”

Harter continued: “There will be a Press Event at 3pm on Tuesday, April 5 on our brand new stand B71 in Hall 3.1; the products will obviously be on display for the duration of the show, but most importantly we will be running 30 minute Demo sessions on the hour (11am to 6pm) for the first three days of the show over in in the Brillanz Room in Hall 4.2.”