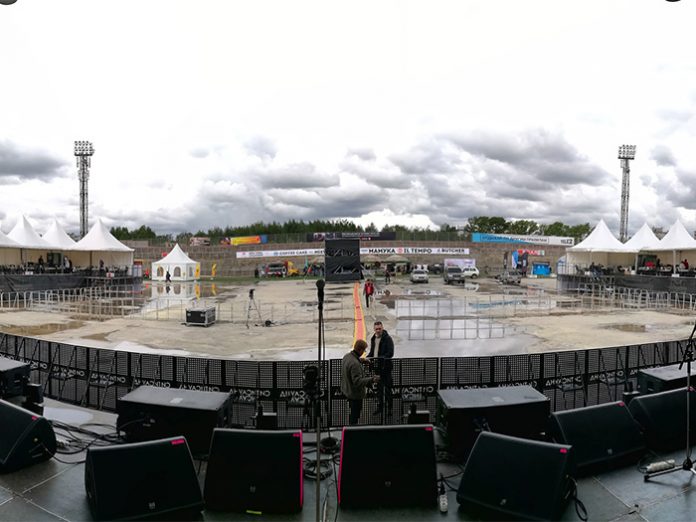 The Nashville rock festival organised by NASHE Radio took place recently at the Trud Stadium in the Russian city of Nizhniy-Novgorod. The festival line-up included popular Russian rock bands and was attended by more than 5,000 people.

The Festival sound and lighting systems were supplied by locally based rental provider, Citysound. The choice of MLA for the main stage was clear – the top-rated bands required detailed and powerful sound throughout the festival grounds. The PA design was based around main stage hangs featuring 11 MLA plus an MLD downfill on each side, while 12 MLX subwoofers were placed in front of the stage and four W8LC were used as frontfills.

“What I really like about this festival is that it is a challenging one; we had several quite demanding acts on the main stage coupled with constantly changing weather conditions, which included wind gusts and rain,” stated Igor Sobolev, Technical Director of Citysound. “But with Martin Audio there was never a problem – MLA easily passed all these tests once again, delivering exceptional sound performance.”

“The audience left the stadium completely satisfied,” concluded Ilya Trifonov, Citysound Stage Manager. “It was an excellent festival with impeccable sound and lighting. All we heard was extremely positive feedback from the artists and then saw the smiles on the audience’s faces – and that was the most important reward for us.”