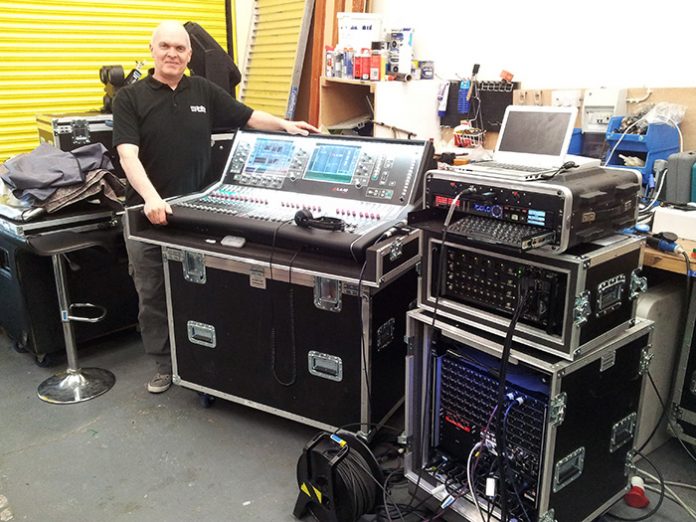 The dLive S5000 surface with DM48 MixRack and DX32 Expander has already had its first outings with Mainline clients and the company is set to also take delivery of a further S3000 surface and DM32 MixRack.

The system was supplied by Wigwam, part of Audio-Technica’s network of dLive specialist resellers.

Commenting on Mainline’s first dLive S5000 and DM48 hire outing – for a theatre show with Pink Floyd tribute act Manc Floyd – Mainline’s Rob Morton said: “We spent a good few days in a pre-production virtual soundcheck to get familiar with the desk. We used multi-track recordings from a previous gig on a Dante playback. By the time we arrived at the venue, we’d built up a reasonable mix and good confidence with the desk. 32 input channels were used, including playback at FOH. Six monitor mixes were also controlled from FOH.

“All vocal channels were ‘digitally split’ onto separate inputs for monitors. Compression could then be used on the main mix vocals without affecting monitors, avoiding feedback pitfalls.”