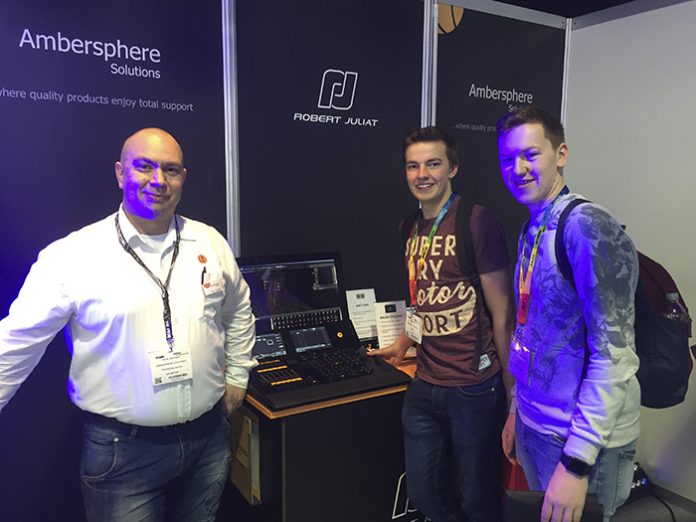 Robert Arnall is just one year into a Level 3 Extended Diploma in Production Arts course at York College, and yet he has already made his mark by being a member of the winning team at the 2015 Lighting the Locomotives Competition that took place at the National Railway Museum, sponsored jointly by Ambersphere Solutions and Pulsar Light.

The team’s imaginative lighting of the steam locomotive that became famous in the film The Railway Children was programmed and controlled by a console from MA Lighting’s dot2 range and provided to all the teams by Ambersphere Solutions.

Outside of his college obligations, Arnall has been busy building his own business along with his partner, Owen Price who is also at York College. “It was Owen who really got me into sound and lighting in the first place. We started out working as DJs about four years ago but with very minimal equipment and certainly nothing of quality. Since then we have gradually been growing as a company doing bigger and higher profile events in our area and been able to invest in better equipment. When it came to investing in a console, the dot2 was the obvious choice for both of us.

“Neither of us had used an MA before but I had done all the programming at the NRM competition and really enjoyed the experience. However, everything was done under a very pressured time frame so I went down to Ambersphere for a training session with Thor André to really explore the functionality of the desk.”

It proved a fruitful trip as Arnall decided to purchase a dot2 core for his company R&O Sound & Lighting based in Scarborough, as he explained: “Owen and I still have another year at college and there’s no doubt that having a dot2 of our own will be a massive help to us there but mainly it fits in with the range of events we are now doing with the business. We do many different types of shows from simply busking a show manually to doing a very structured heavily cued theatrical event. The dot2’s versatility means it is equal to any task we set it.”