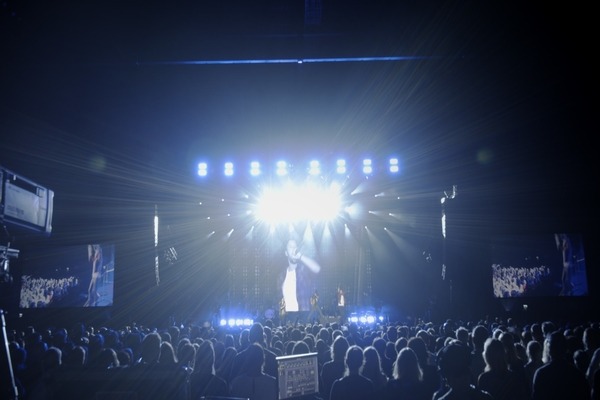 As for as boutique touring goes, Lady Antebellum’s 2017 visit to Europe incorporated the fundamental elements, not least that classy touch of production, which allowed audiences to witness something special.

“We arrived September 27 and by the time we departed October 11, had played 6 shows in 3 countries,” said Production Manager Will Wilkison. “When you tour with such a tight schedule at an arena level the key is being able to source close what we use in the US.”

Wilkison engaged the services of Video Design, Negative Earth lighting and SSE for sound. “In that sense of matched equipment, it was a very smooth transition from the US into Europe. As far as Video Design was concerned our biggest concern was over the video content. With almost no time for production prep’ ahead of our first show in Amsterdam we needed to send our content over before we arrived and have it loaded onto the server. Alex Leinster at Video Design organised all that for us. He sourced a Green Hippo server and had it prepared when we arrive at Neg’ Earth’s place for a short tech rehearsal before shipping out to Amsterdam. When we got there we just needed to plug it in and we were ready to go.”

The content, commissioned by the band, played onto a large rear wall of LED; a set of Barco FLM’s projected IMAG onto flanking screens. Fed by a large camera package, 5 operated cameras included 3 long lenses out front for the three principal vocalists; 2 in the pit, and a couple of robocams on stage for some more intimate angles and reverse shots.

“Our LD Brent Maxon runs the content from the light desk, while the director, Dan Hanson cuts the cameras,” continued Wilkison, “Both of them were really pleased with how easy everything slotted into place. It’s a tight package and having companies such as Neg Earth, SSE and Video Design to look after us means shipping in for these short six date runs is not just possible, it is entirely comfortable,” he concluded.