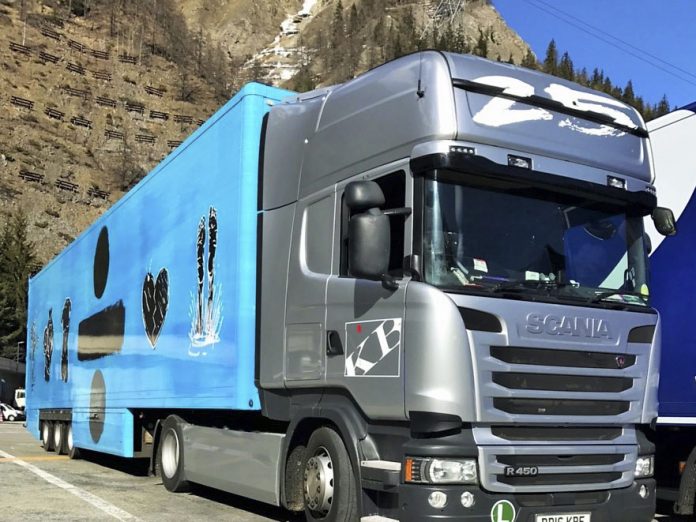 2017 heralds the 25th anniversary of specialist transport company, KB Event. Founded in 1992 by its present Management Team and under the continued steer of Managing Director Stuart McPherson, the company has since become recognised as one of the industry sector’s leaders.

From its first job in 1992, supplying trucking for Dame Kiri Te Kanawa’s UK tour, the company’s rapid growth in its first year culminated in a 24 Truck European Arena Tour of Harvey Goldsmith’s production of Carmen. The business has continued to expand over the last 25 years and now has offices in London and Wakefield, whilst still also operating from the original Nottingham Head Office.

To mark its 25th anniversary, KB Event has commissioned a silver ‘25’ anniversary tractor unit. Currently out on the Ed Sheeran Tour, the unit has been spotted across Europe pulling a distinctive, bespoke ‘Divide’ trailer, designed by Ed Sheeran’s record label. Together with fourteen KB Blue Mega rigs, the anniversary unit ends its run of European shows with Ed at the 02 Arena in London on 3rd of May, before heading out to start the Advance Production run for Robbie Williams European Tour.