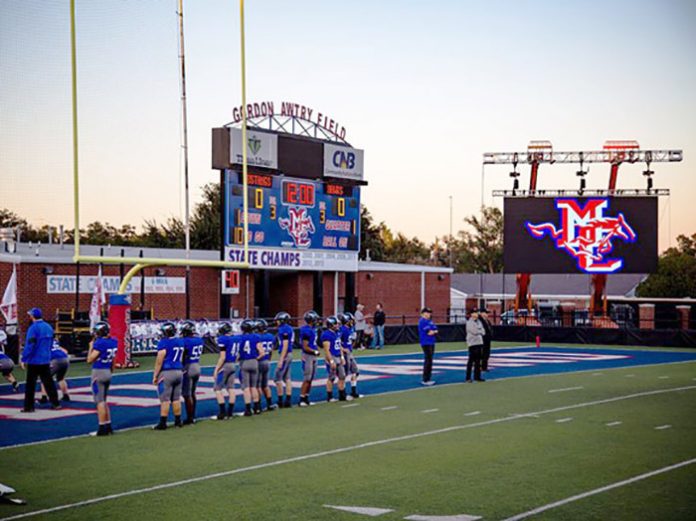 A K-array sound system was chosen by Basin Electric & Technology for Friday night football games in west Texas due to its clarity and high volume output.

The installer decided on the Italian company since providing sound quality is their goal as well as the added benefits it offers: “The fact that we can get a great sounding K-array system in such a unique portable setup is an added bonus,” explained Henry Greer from Basin. “It helps us in our setup times and ultimately makes the events we work on better for our clients and us.”

“We love the KR402 systems for their ability to produce clarity at high volumes, while still maintaining headroom,” Greer continued. “The systems also project across long distances amazingly well for a small portable system.”

Signal to the KR402 systems were fed by a Midas M32R in the press box connected to a Midas S32 stage box down on the field with outputs directly into the speakers. The speakers were linked utilising the AES / EBU connections on the back of the speakers. Client Mark Threadgill from MCS Booster Club repeatedly remarked on how impressed they were with the “fullness” of the sound system: “Compared to our in-house sound system, the difference is night and day.”