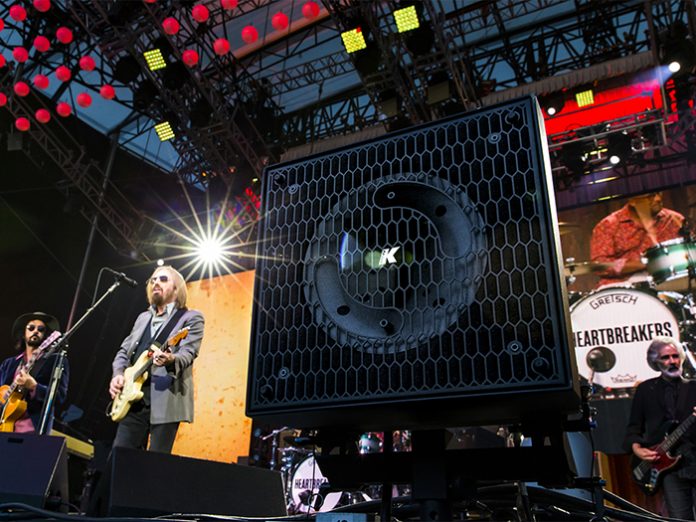 Tom Petty and the Heartbreakers on tour is not an unfamiliar occurrence.  After all, the legendary band has been on the road since it was established in 1976 and has since been considered one of the most successful and long-running American rock groups in history. This year’s tour, however, has a different air to it: not only are the Heartbreakers commemorating their 40th anniversary, but 2017 is expected to be the last year the group will tour on such a large scale.

The 46-city, cross-continent tour began in April and will continue through late September stopping at major US, Canada and UK venues to celebrate with their most dedicated fans.

With the additional pressure to mark these milestones, touring sound reinforcement powerhouse Sound Image was called upon for their services. And when it came to designing the front fill element of the customised electro-acoustic system, president Dave Shadoan and touring director Mike Sprague didn’t spare any effort in finding a speaker with a small visual impact, but with high power handling. The solution also had to be expandable and arrayable.

After conducting auditions against other brands under the guidance of the band’s long-time Sound Engineer Robert Scovill, SI selected K-array’s 12-inch coaxial loudspeaker, Dragon-KX12 proposed by K-array America as it matched expectations and beyond of a nearfield system for the touring audio system.

“We were quite pleased that we were given the opportunity to be considered for the Tom Petty tour frontfills,” explained Josh Radin, Sales Director at K-array America, of his choice speaker. “The tour wanted a touring system that could provide high SPL, handle hard-hitting rock music and yet not throw so far into the audience that it would interfere with the main audio system. Also, rear rejection was important as the front fills would be right in front of where Tom Petty and his band would be standing.”

The compact line array element features an asymmetric 100° by 30° horn with an adjustable orientation and delivers a continuous SPL of 127 dB – perfect for when high pressure is needed close to the source.

“During the extensive testing, the KX12 excelled on all fronts and defeated some very respected and high performing systems from other manufacturers,” continued Radin. “I think everyone who witnessed the test was impressed with the KX12’s clarity and musical presentation.  Of course, since sight lines for the audience were a very important factor, the KX12’s low profile helped win the day and the demo.
Now as the tour draws to a close and the most of the final farewells have been made, the client is assured more than ever that the right choice was made during testing.

“K-array provided an extremely elegant solution to a challenging situation for the tour. We needed a product that was flexible and very easily deployed,” explained Tom Petty FOH, Robert Scovill.  “The product also needed to be high powered and full-range but at the same time offer a very small visual foot print in that the boxes would be positioned and working in very close proximity to audience members. K-array simply met all the criteria. I’ve been thrilled with the results.”