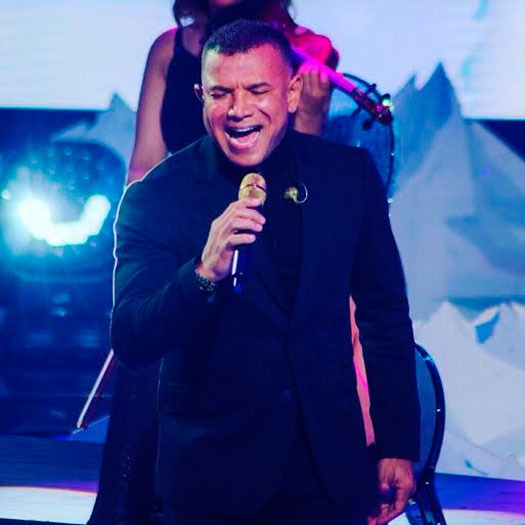 Juan Carlos Coronel has earned himself the nickname,“The Latin Crooner,” for his soft and low voice, which has dazzled audiences for decades. Most recently, the Colombian singer, songwriter and producer was on the hunt for a new microphone to highlight his voice when he discovered DPA Microphones’ d:facto Vocal Microphone. Since then, Coronel has adopted the mic to help him bring to life a repertoire of classics by Frank Sinatra, Dean Martin, Nat King Cole and Tony Bennett, reborn and performed in Spanish for his latest album, Lenguaje Universal.

“We had a few mic options for Juan but ultimately we recommended DPA’s d:facto Vocal Mic with a golden grid paired with a Lectrosonics HH transmitter,” said Christian Cabezas, representative at DPA’s Colombian distributor, VCR LTDA. “We set him up with a demo during a performance and he said he knew he didn’t have to look any further. The moment he heard the d:facto is when he fell in love with the microphone.”

“I was astonished by the d:facto mics ability to highlight my vocals and enhance my sound,” said Coronel. “The first time I used it I performed several genres- ballads, pop and salsa – the microphone complimented all scenarios. Other mics I’ve used during live performances always required additional EQ, but the d:facto doesn’t need any adjustments. It is clear, robust and has such a dynamic range; it can capture the low end of vocals and has a sweet mid- to high-range as well. The d:facto is the best mic I have heard so far.”

Coronel has achieved great success as a professional musician and producer. In 2005, he was cast as a judge for the highly rated Colombian television program X FACTOR, which catapulted his career. Since then, he has worked closely with famous producers and musicians to create multiple albums. In 2011, Coronel was awarded the Latin Grammy Award for Best Cumbia/Vallenato Album for Tesoros.