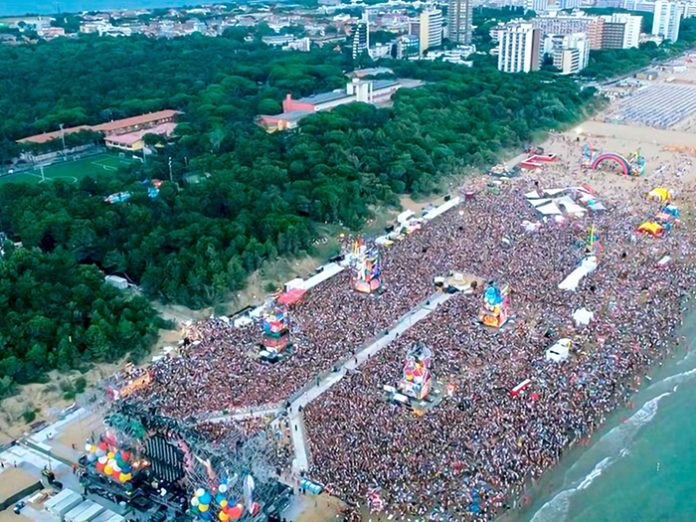 Inspired and headlined by Italian singer, songwriter and rapper Lorenzo Cherubini (Jovanotti), the infamous travelling ‘festival village’ that is the Jova Beach Party is mid-way through its summer-long tour armed with over one hundred robust Prolights fixtures.
Jova Beach Party will welcome over 63 international acts, DJs and artists from around the world. From riviera to riviera, the main stage is set to entertain visitors from evening to night. With such a vast space available, the festival village includes children’s’ play areas, sees people sunbathing, swimming in the sea, and has frequently featured as a travelling wedding venue.

In addition to Jova Beach Party’s desire to bring people together, they also teamed up with The World Wildlife Foundation (WWF) in a bid to raise awareness of the environmental impact of litter on beaches. Armed with the philosophy of, ‘leaving the beach cleaner that it was found’ the Jova Beach Party continues its tour of the Italian coastline. Along with Jovanotti, the event welcomes the likes of Benni Benassi, Paradise Club, Afrotronix, Bombino, Ackeejuice Rockers and many more acts from all corners of the globe.

The main stage provided the focal point of the festival which was echoed through ‘village towers’ situated down the beach. The inclusion of the high-powered Prolights ARENACOB4FC allowed the individually controllable 75W RGBW cells to deliver a consistent, powerful punch that allowed the crowd to immerse in the performance even from over one hundred metres away.