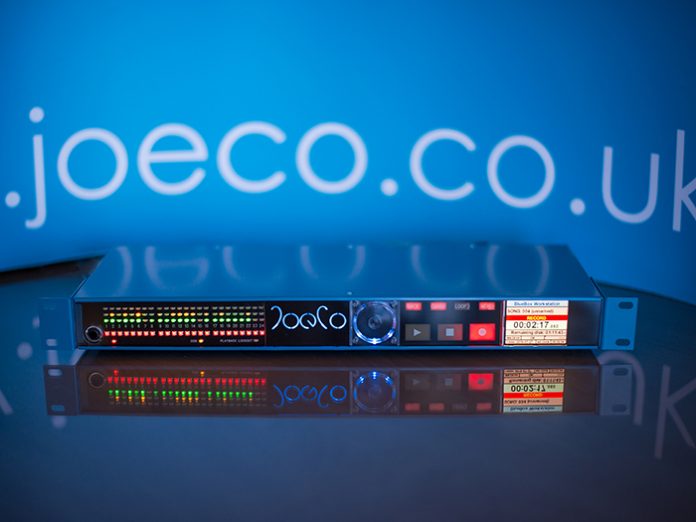 Delivering up to 24 channels of individually switchable mic/line inputs, the BlueBox aims to raise the standard of DAW-based recording set-ups.

The BlueBox retains all of the features of the popular BlackBox Recorder, also from JoeCo, and launches with two workstation interface recorders: the BBWR24MP and BBWR08MP. Both 24bit/96kHz models have been designed and constructed to the same standards as the BlackBox range.

“After the success of the BlackBox Recorder, we were asked to create an interface based on the same award-winning technology. BlueBox is that and much more besides,” commented JoeCo Managing Director Joe Bull. “It’s a powerful high-end interface platform with the best preamps available, and it’s also the best insurance policy against losing work that any DAW-based studio can choose.

“No matter how robust a DAW-based set-up might seem, there is always a risk that something could go wrong and that critical work could be lost. With BlueBox, you can simply press record at the beginning of the day and it will capture all of your work, all of the time. Not even a power loss is enough to stop it.”

BlueBox will receive its official launch at IBC 2016, taking place from 9 to 13 September at The RAI in Amsterdam. JoeCo can be found in hall eight, on booth E-97.