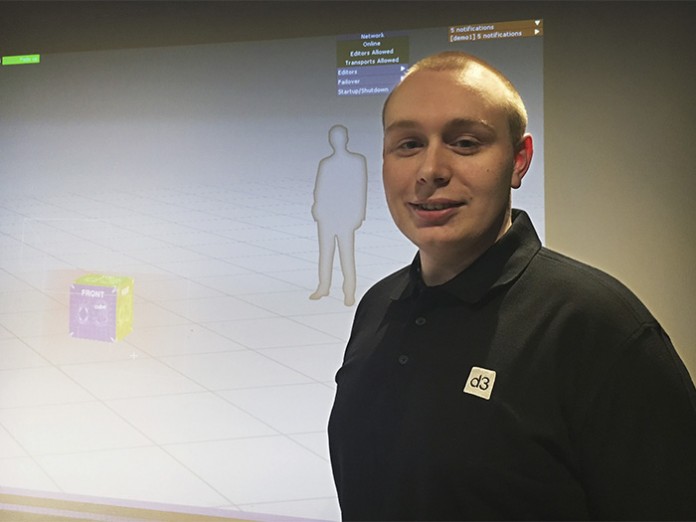 d3 Technologies announced the appointment of Joe Bleasdale as the new Training Manager at d3’s head office in Borough, London.

Working with our three regional teams; EMEA, APAC and the America’s, Bleasdale’s focus will be to build on the existing training program, organising and delivering d3 training courses, as well as growing the training network worldwide.

Bleasdale will report directly into Fernando Kufer, d3 Technologies’ General Manager who has been with the company since late 2015. “Having seen exceptional growth in the past year, we are looking to grow our training and support functions and Joe will be an integral part to the development of this,” said Kufer.

Bleasdale has previous experience in the industry having worked as a freelance Lighting and Video Programmer for live music and broadcast. d3 stated that Bleasdale will bring to the company a wealth of experience running training for some leading industry manufacturers as well as extensive experience writing user manuals for various lighting and video products.

In 2014 Bleasdale won an Innovation Award for one of his interactive user manuals. Bleasdale reported that he aimed to do a major overhaul to d3’s user manuals and look to introduce new forms of technical documentation and training to d3, making it more informative and engaging for d3’s user community.

“I’ve always been extremely passionate about Lighting & Video Control, and joining d3 allows me to continue with this on a whole new level,” Bleasdale commented.
“New technology has enabled things never possible before and the d3 roadmap for the future looks extremely exciting. I’m thrilled to be joining such a cutting edge team with such a fantastic product, and look forward to developing the training at d3,” he concluded.