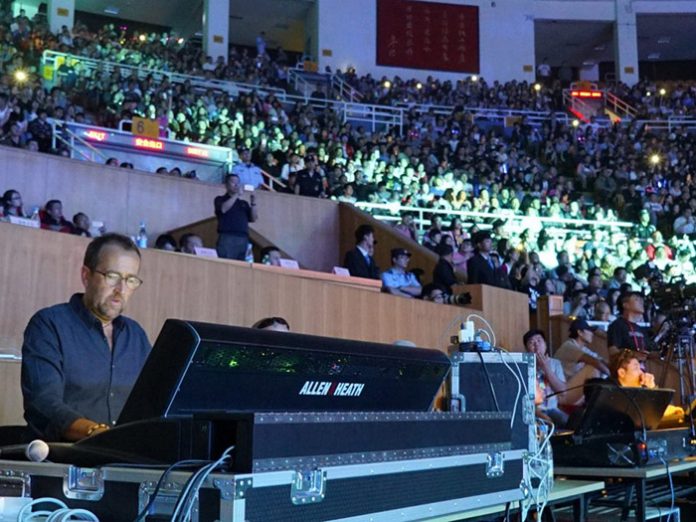 Some of China’s top rock artists kicked off the Music Power Rock China 30 tour to celebrate the 30th anniversary of Chinese rock music, flying in renowned FOH Engineer Jim Ebdon for the big event. Allen & Heath’s dLive digital mixing systems were installed at FOH and monitors, with a ME personal monitor mixing system provided for artists.

The concert was staged on the same day and at the same venue as 30 years ago, when in 1986, Cui Jian, widely recognised as the father of Chinese rock, performed Nothing To My Name at Beijing Workers Gymnasium, marking the birth of Chinese Rock ‘n’ Roll. A total of 11 bands performed at the show with two drum kits, two sets of keyboards, Chinese drums, 10 guitar amps, two bass amps and various vocals.

Ebdon – who has worked with a host of top artists including Maroon 5, Aerosmith, Sting, Annie Lennox, Matchbox Twenty and the Pet Shop Boys – was armed with two dLive systems, each comprising a S7000 Control Surface and DM64 MixRack, to manage the diverse audio requirements at FOH, with six ME-1 personal mixers employed for band members to control their own mix on-stage.

The experienced Engineer discussed his set-up: “I tend to do some parallel compressions of the drums, so I have to set up with the 16VU compressor on a separate drum bus and I can fade that in just to get some more weight and punch to the drums as when it is necessary.”