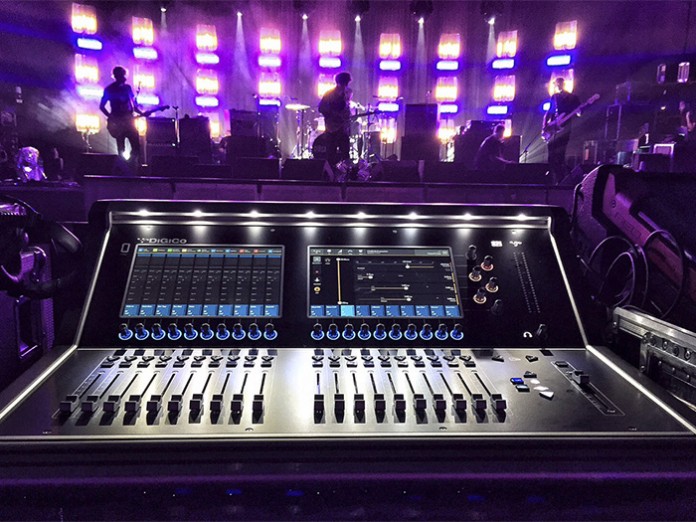 FOH Engineer for British indie-rock band Circa Waves, James Gebhard, has invested in a DiGiCo S21 for the band’s upcoming UK club and academy tour.

He said: “I think it is imperative to keep your eye on the ball with what is new coming onto the market. Being back out on a smaller scale tour, something I have not done for a few years, was a great opportunity to see where the more budget end of the market was with mixing desks.”

Gebhard, a long-term SD7 user, has also worked with a variety of entry level and semi pro consoles, so when he was given the opportunity to use an S21, he thought it seemed like a logical step.

He added: “I had only had a basic demo on the desk at DiGiCo HQ, but I was so impressed I pretty much placed an order for myself there and then.”

The S21 has the same Stealth Digital Processing that DiGiCo’s SD range of consoles employ at its core. This FPGA-based technology is the key that has unlocked the flexibility that was required for DiGiCo to deliver a console that has the same sonic qualities, features and values that DiGiCo embraces.

He continued: “I expect a lot from DiGiCo consoles and I knew I wasn’t going to be disappointed. When I started using it on Circa Waves, our monitor guy, Terry Smith, was so impressed he also took it out with British singer-songwriter Dan Croll, who he does FOH for.”

For Circa Waves, Gebhard kept things on the console fairly simple, running 22 channels from stage, along with a couple of ambient mics.

He stated: “Thrown in with that were DiGiCo’s in-built effects. Outputs were mainly left and right, but where possible left, right and sub, and on occasion multi zone outputs.”

“A couple of the big features on the S21 are the assignable multi-band comps and compression, and the D-Tube, and the footprint size makes a difference, for sure! With some small club shows it’s hard to take in desks, purely down to space limitations. One of the great things about the S21 is how compact it really is, especially given its functionality.”

He continued: “I love the desk; for what it is, its processing and feature set is way above anything twice its price and the transition to using it was pretty straightforward.

“Although it’s a different workspace configuration to the SD or even the D series consoles, for me, one of the many things DiGiCo always seems to get right is the user interface. When I took delivery of the S21 a couple of engineer friends came to have a play and they were all very impressed how straightforward it was to use.

“It’s worked really well for me so far and I’m looking forward to the next set of software updates, which will unlock some more features on the desk.”

He also commented on DiGiCo’s support: “The DiGiCo support has been great all the way through; from James Gordon and Tim Shaxson through to Phil Goldsworthy at Wigwam, their local dealership who I bought the desk from, and even people like Jaap Pronk (Ampco Flashlight) and Fab Piazzini who have helped out with little questions I’ve had.

“That’s another thing I love about DiGiCo, the support you get not only from them, but from the umbrella of people who use their products is amazing.”