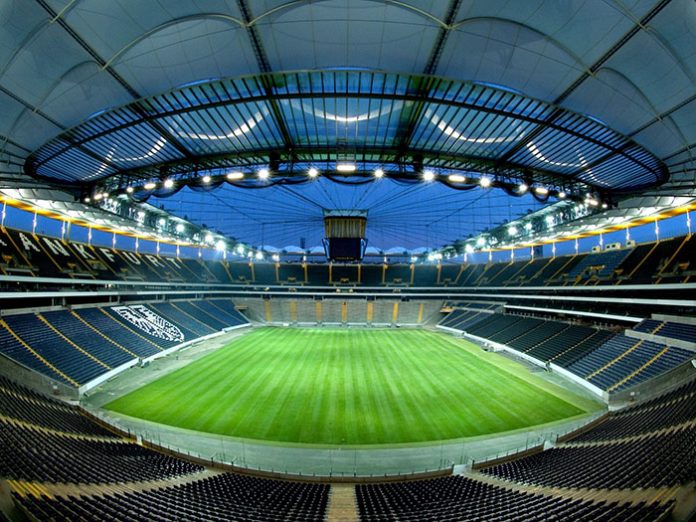 HK Audio is set to power a huge month-long extravaganza of events at Frankfurt’s Commerzbank-Arena this summer, culminating in a world record-breaking weekend on 9/10 July.

Throughout June and the first week of July, a sizeable HK Audio COHEDRA system will provide the sounds for a series of Euro 2016 public viewing experiences that will be shown on a 550m² screen (the largest in Germany), as well as a number of one-off shows and performances.

The final weekend will see a world record attempt by the world’s largest orchestra – potentially up to 10,000 musicians – at the We’re Filling The Stadium event on Saturday July 9, followed by a concert featuring some of Germany’s leading artists, while the climax of Euro 2016, the tournament’s final, will be shown in the stadium on Sunday July 10.

Such a high-profile program requires a PA to match, making COHEDRA the ideal solution. HK Audio’s expert team has prepared a truly impressive setup for the occasion, with the main PA – backed up with an HK Audio CONTOUR sub array, delay lines, outfill and nearfield elements – set to be installed at the end of May. See below for the full breakdown of the system.

Nicolas Petit, HK Audio’s Chief Marketing Officer, said: “We’re delighted to be soundtracking this remarkable month-and-a-half of events. There will be literally hundreds of thousands of people attending the Commerzbank-Arena over the June and July period, and we’re committed to delivering them an incredible aural experience. With a venue of this size, and such a wide ranging program, it’s a challenge we will certainly relish.”