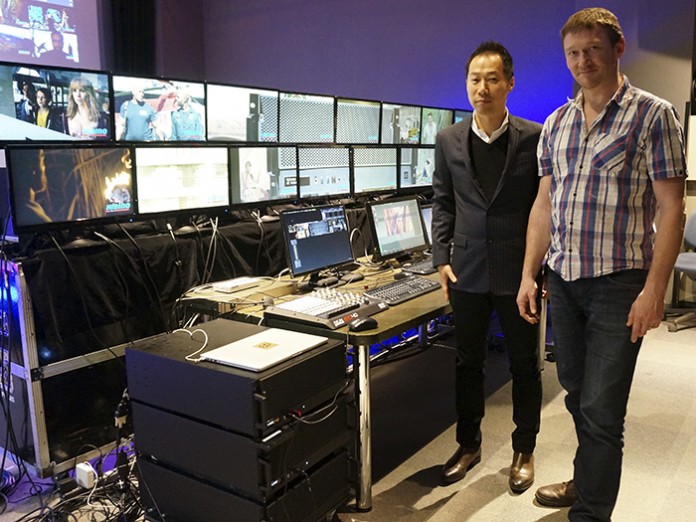 Hibino Corporation’s Visual Division supplies a wide range of high-end rental equipment including audio and PA systems, LED screens, projectors and media servers to a variety of markets, most notably live concerts and corporate events of which car shows form an important part. High quality, stability and service are key to Hibino’s success in these fields.

Hibino operates on a global level and often work closely with rental suppliers in Europe and the US, using remote teams to supply like for like equipment for touring bands.

In 2009, XL Video strongly recommended d3 to Hibino, causing the team to look at photos of the Marco Borsato White Light tour, which was running on d3. Impressed with what it saw, Hibino then decided to buy d3 equipment and became one of the early adopters worldwide. Being able to show a real-time 3D simulation to production managers or stage designers is still an indispensable d3 feature for Hibino.

Junichi ‘Imo-san’ Imokawa, Managing Director of Hibino, spoke of the lasting relationship with d3 Technologies: “It’s an honour to be part of the d3 family. I’m very eager to see d3 rolled out in Japan. I have no doubt it will take off and become the industry standard here.”

With the 2020 Olympic Summer Games being held in Tokyo, Hibino Visual expect demand for d3 will increase more and more, stressing the value of a continued strong relationship with d3 Technologies.

Bird, who visited the Hibino office in Tokyo, said: “As a long time d3 owner, we are very proud for Hibino to become the first owner of d3 pro range technology in Japan. We are committed to supporting them in their use and continuing to develop our strong relationship together.”