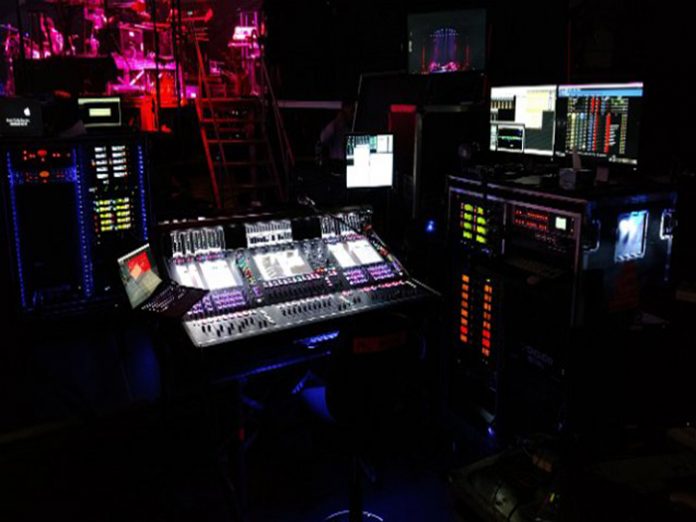 Taking the challenges of the audio industry in its stride 1 tour at a time, UK rental company Major Tom has provided sound to some big touring acts on the circuit; with a wealth of mixing consoles to choose from, DiGiCo proved the most fruitful choice for MT.

Passenger’s Monitor Engineer Charlie Bryson has worked with Major Tom
for almost 5 years, with his choice of console being a DiGiCo SD10 console. Bryson commented: “I’ve used a DiGiCo SD10 on monitors for the last year with Passenger, with a short stint on an SD5 for the Australian leg of the tour. When we first started talking with Major Tom about our specifications for the tour, the SD10 was top of the list for me. I love the overall flexibility of all SD Range consoles; you can start with a blank canvas and set them up to have exactly what you need to see, and have it right in front of you at all times.”

Bryson splits every header amp into 2 channel strips in order to have 1 set of inputs for Passenger and another for the band. He added: “This allows me to control and change Mike’s [aka Passenger] mix down to the finest detail without affecting the band at all. I don’t know another console where I’d be able to do that with such ease.”

Bryson also specified the DiGiCo SD10 console because of the variety of size of the venues on the tour, saying: “I could take the SD10 into our biggest show in the Ziggo Dome in Amsterdam and have it comfortably handle all the extra ins and outs we had that day. 2 weeks later, we were at Vicar Street in Dublin and squeezed it onto one of the smallest stages of the tour.”

The team at Major Tom know that flexibility is key to ensuring the right tools are available for every job, helping them to maintain their position as one of the leading audio rental companies. “Major Tom has a great little close-knit group of people who really care about what they do and how they look after their clients,” said Bryson. “In fact, when I spec’d the SD10 originally Major Tom didn’t actually own one. But instead of giving me one of their other consoles, they went right out and bought one.”

Mariah Carey’s FOH Engineer Lorin White has been working with Major Tom since Mariah started her residency at the Colosseum, Caesars Palace in Las Vegas and has been using 2 DiGiCo SD7s ever since. “We changed audio provider at the start of the residency and I didn’t know who this company was from the UK,” he said. “I felt compelled to research them and it seemed like they had a great track record and momentous history. Their relationships with my favourite console maker and one of my favourite PA manufactures cemented my decision to work with them.”

Russell Coburn, who works closely with White and takes care of Mariah Carey’s monitors, also loves his SD7. He commented: “Like Lorin, I’m using an SD7 running the latest version of Stealth Core 2. With Mariah and her supporting band it’s necessary for me to have access to as many channels, Control Groups, and Auxes as possible during a show. Combined with the reliability of the dual engines, the high amount of customization and layout options, the SD7 is one of, if not the, only console I trust to deliver every night. I really can’t say enough good things about it, it’s never let me down.”

As for I/O, White and Coburn use Gain Track dual SD Racks at the monitor position. Coburn added: “Our racks are configured with almost every card slot used, due to my large output count. Gain Tracking has massively simplified our package from the days of using several active splitters and 4 SD Racks. We have also implemented the DiGiCo Orange Box, configured with optics and MADI cards for networked MADI access, without having to use up our local MADI ports on the consoles.”

The care and attention to detail provided is what really sets Major Tom apart from the competition, as is its inventory of DiGiCo consoles. Major Tom’s Andy Banks concluded: “The SD10 is one of the most spec’d desks in the world right now. Almost every engineer loves them and they’re impossible to keep in the warehouse. In fact, we could have sent out twice as many as we have. DiGiCo consoles are very reliable and the backup is amazing. It’s by far the best support we get anywhere.”