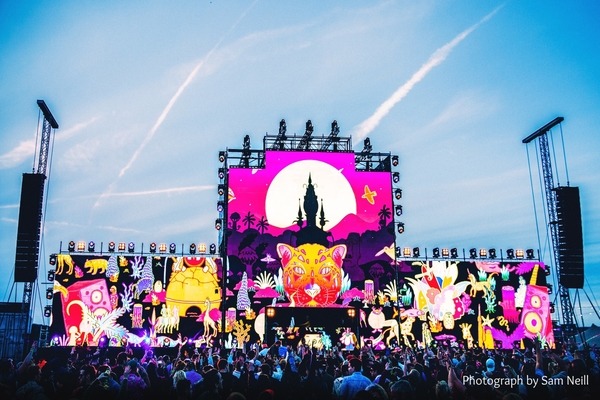 Launched in 2015 by Disclosure and Rudimental, Wild Life has become one of the South East’s most highly anticipated music gatherings. Occupying the open expanse at Brighton City Airport, the venue offers the organisers plenty of space in which to create, as well as host thousands of revellers.

Digital Insanity secured the welcomed task enabling the festival visuals, and the UK-based video solutions provider called on Hippotizer’s playback power to harness its video design. Running a Hippotizer V4 Karst Media Server, Digital Insanity created a stunning frontage comprising a 4K canvas of 8mm LED, delivering a look, big and bold enough to work in Wild Life’s capacious surroundings. Richard Bagshaw from Digital Insanity, concluded: “I’ve been using Hippotizer for parties for over 15 years now. It’s my choice of playback for these types of events, being flexible, powerful and it keeps up with what I’m trying to do.”