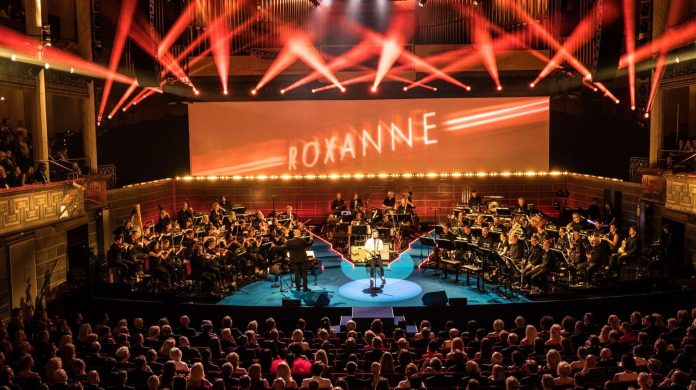 The Polar Music Prize is recognised as one of music’s most prestigious international honours. This year’s ceremony saw Hippotizer Media Servers playing a key part in Sundin Designers Sweden’s lighting and image display for the show.

Founded in 1989 by the late Stig ‘Stikkan’ Anderson – the publisher, lyricist and manager of ABBA – the Polar Music Prize customarily goes to one contemporary musician and one classical musician. This year saw Sting and Wayne Shorter, the American jazz saxophonist and composer, become laureates and the venue was again the beautiful Stockholm Concert Hall.

Designed by Ivar Tengbom the 1920s neo-classical creation is one of the Swedish architect’s most famous works, and Sundin Designers Sweden was charged with video and lighting design for this beautiful interior for the Polar Music Prize ceremony. The Stockholm based design company  – which also designs video and lighting for the annual Nobel Banquet – knows the venue well and its founder Per Sundin again led his team on one of Stockholm’s biggest nights of the year.

His design vision for the evening was to deliver a video and lighting show to highlight the concert hall’s architectural beauty, while mixing the expression between classical music and pop art. Supported by DigiGobos / Beacon Gobo Group – Green Hippo’s exclusive distributor in Sweden – Sundin and his team presented a refined display, blending projector images and light beam combinations.

As well as regularly working on Sweden’s most prominent ceremonies, Sundin also has five Eurovision Song Contests under his belt, and he continues to trust in Hippotizer Media Servers to deliver on the night. His complete set-up comprised a pair of Hippotizer Amba Media Servers, three projectors to create a 3840×1080 image area, a Datapath Fx4, midi control, and a Datapath HD-SDI.

“My choice of Hippotizer for the Polar Music Prize show was obvious, because of its magnificent range of flexibility and creativity.” Sundin said.

During the evening, stars performing in tribute to Sting and Wayne Shorter included Gregory Porter, and Nils Landgren. Boel Adler, the Swedish mezzo soprano and music journalist hosted the award ceremony. Adding a sense of royal occasion to events, His Majesty King Carl XVI Gustav of Sweden awarded the two new Laureates with their prizes.

“We are delighted that Hippotizer Media Servers played a key role in the presentation of the Polar Music Prize. The significance of this event cannot be underestimated and I’d like to thank the whole team behind the event, particularly our good friends and colleagues Per and Peppe.” concluded James Roth, Head of Sales & Marketing, Green Hippo
www.green-hippo.com