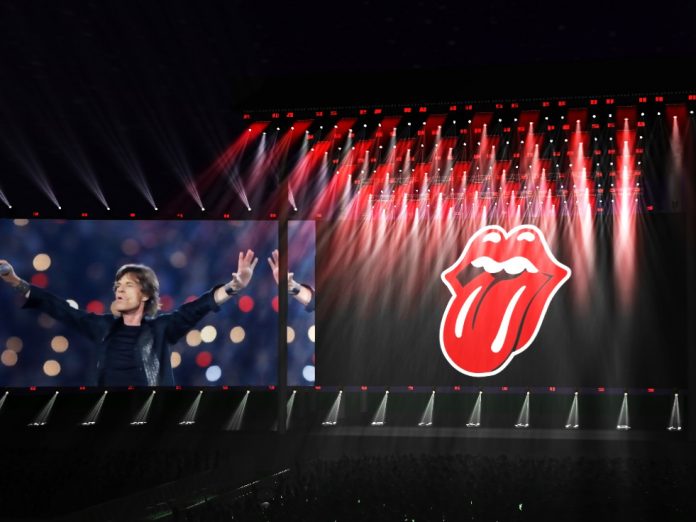 This year’s launch of the Desert Trip Music Festival (produced by Goldenvoice) saw the team at DMDS7UDIOS provide all the previz services and systems for the festival’s lighting in addition to Scott Chmielewski being brought on a Director of Programming. They marshalled some 16 grandMA2 consoles for lighting control working with Lighting Designer Jamie Jenson of WJ Entertainment Architects.

The Rolling Stones, Bob Dylan, Paul McCartney, Neil Young, Roger Waters and The Who headlined each weekend at the Empire Polo Club delighting fans and cementing their legacies as icons of rock history. “Jamie designed a massive rig that represented a collaboration among all of the artists and Jamie to best achieve everyone’s creative goals as well as effectively light the enormous stage structure and massive LED wall,” Chmielewski explained.

“Every artist had their unique show files a couple of weeks before the show, which allowed everyone to not only get comfortable with the massive rig but also address technical and creative needs long before we loaded in.  DMD provided a dedicated previz suite on site that allowed any artist to work at their convenience.  With the support of Jim Rood, one of DMD’s designers and previz gurus, each artist’s unique file with all their individual assets and design elements was integrated into the overall festival design.  Between Jim and I, we were able to successfully transition everyone’s previz to the real world.

“Because of the scale of the show as well as the 24-hour schedule of the bands, everyone was able to spend as much time as they needed to build and or refine their shows,” he pointed out. “Countless hours spent with each team made their limited time at FOH incredibly valuable.”

Chmielewski noted that, “the biggest challenges were the number of high-calibre artists that needed and expected their show files to be 100% accurate and the countless show files and the stream of programmers and designers that flowed between the stage and the suite that we had to keep organised.  Jim did an amazing job of providing each team with the help they needed in show file organisation, implementing their assets and ensuring they were entirely accurate each time they transitioned between the suite and FOH.”

Each of the show days brought slight variations to the lighting design and artists augmenting the rig with their own gear, according to Chmielewski.  “One of the more interesting elements that we were able to implement were the 130 strobes that were used as ‘house light’ and were spread across the 32 delay towers on the grounds,” he explained.  “These were controlled from a separate console, but each artist wanted different levels of control implemented into their show.  Across the shows and artists, we were essentially using every protocol of the grandMA2s in some form.  Additionally, we had 16 automated spots that were also integrated into the show files and whose control was made available to the programmers.”

Chmielewski cites the “flawless” performance of the grandMA2s throughout Desert Trip and the invaluable feature set of the consoles.  “Starting with the rock solid networking abilities of the consoles and their ecosystem of products we were able to create unique environments for each artist, console and use and were able to see and manage that system from anywhere we needed.  That made the transitions between acts seamless and the networks and control system incredibly reliable.

“Secondly, was the integration of MA3D.  Again, as part of the ecosystem, show files and physical changes were always up-to-date accurate.  And finally, the PSR (Partial Show Read) and closing features of the software proved to be priceless in helping artists build from their existing show files.  Some had touring show files, some simply preferences and others created show files specifically for this show.  The PSR and cloning abilities of the console ensured that no matter what part of a show file or preference or programming assets we needed were at the ready and able to be integrated into this show.”