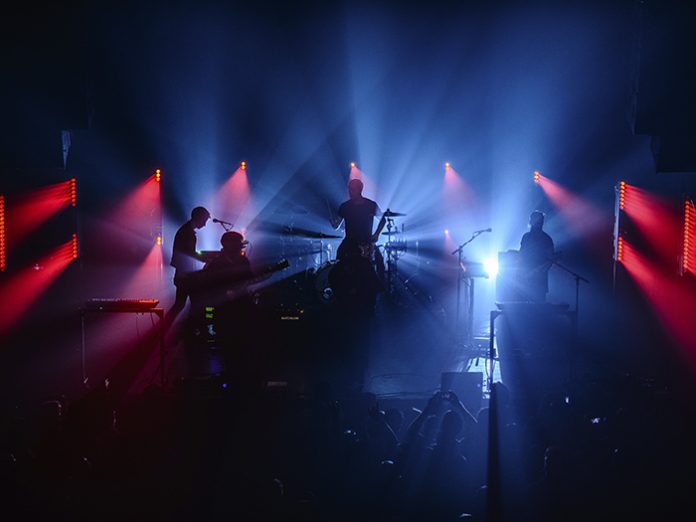 A regular adopter of GLP’s breakthrough X4 platform, Lighting Designer Liam Griffiths has been finding increasing use for the German manufacturer’s X4 Bars since these versatile battens were launched in 2015.

After working with New Zealand indie band The Naked and Famous for the past five years, Griffiths was also tasked with designing the lighting on festival dates for English electronic group, Clean Bandit.

Working alongside Clean Bandit show designer Rob Sinclair, the lighting was carefully conceived to complement and enhance the stage design.

At London’s Roundhouse, the band was lit by 12 X4 Bar 10’s, with a further 16 Bar 20’s placed along the video riser and along the front of the stage.

In the States with The Naked and Famous, Griffiths used the fixture’s full feature-set, while the entire rig was based around just 11 of the X4 Bar 20’s.

“I’ve seen these Bars being used on other shows and knew I could design a show based solely on this fixture,” he said. “At the same time I wanted to do something with the Bars that no-one else has done, basing the show on running content instead of built-in effects on the console.”  The bitmap on the MA Lighting grandMA2 lighting desk was used to run bespoke content through the fixtures and cross-light the band.

With the fixtures pixel-mapped and animated with use of the tilt and zoom functions, and the show time-coded on the desk, he has been able to achieve high visual impact by using lots of video clips from the band’s music video.

Providing the inventory was Griffiths’ regular US vendor, Upstaging.