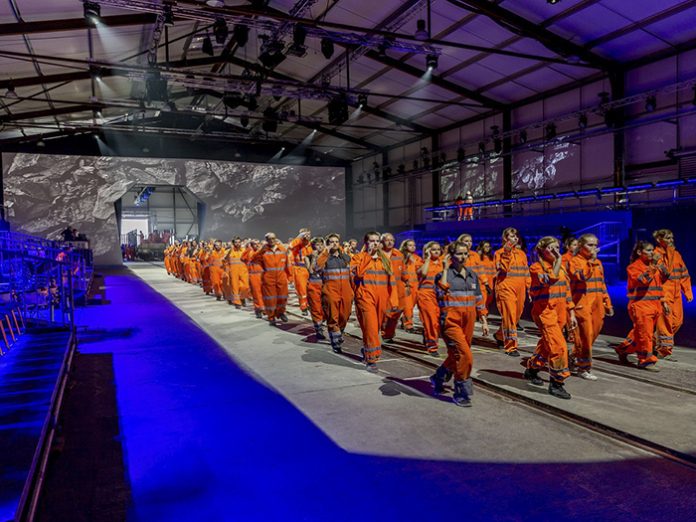 The opening ceremony of the Gotthard Base Tunnel featured GLP impression X4 bars.

Provided by Swiss company Winkler Multi Media Events, the equipment lit up the ceremony, which celebrated the opening of the ‘Swiss project of the century’. With a construction period of almost 17 years, and extending to 57 kilometres in length, the Gotthard Base Tunnel is the longest railway tunnel in Europe.

At the opening ceremony on 1 June more than 1,000 guests from the world of politics and local dignitaries, including distinguished guests from neighbouring countries, arrived at the foot of the Gotthard.

Theatre Director Volker Hesse staged a spectacle with 600 performers to commemorate this new tunnel, featuring various musicians such as Alphornbläser, das Armeespiel and local choirs. International artists came from Chile, Spain, France and Germany and worked with non-professional actors from the Gotthard region.

LD Rolf Derrer set the staging with 140 GLP impression X4 bars, which were placed above the bleachers and served as street lights and striplights for the catwalk. There was also one fixture situated behind the grandstand so that the celebrities on the podium could be seen in the right light by the spectators.