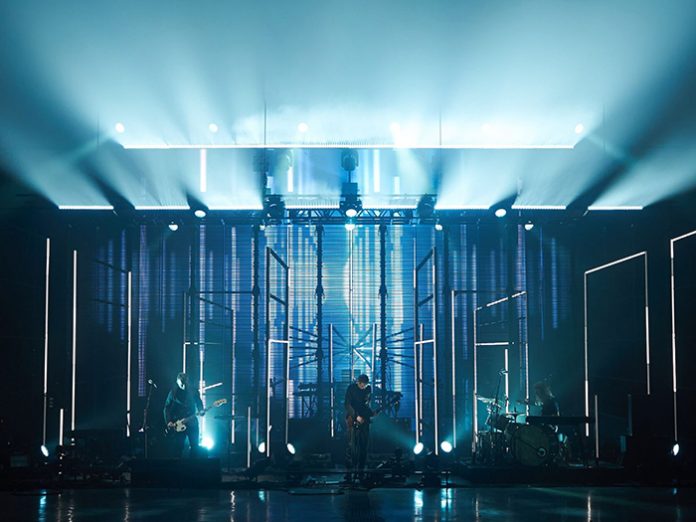 Poet was introduced to the impression X4 Bar by White Light’s Dave Isherwood.

While prepping the Sigur Rós tour, he was simultaneously designing the lighting for Brian Friel’s play Faith Healer at Donmar Warehouse in London’s West End, deploying 16 of the impression X4 Bar 20’s to light a rain curtain.

Explaining the challenges of designing lighting for a band, Poet said: “Nearly all the other work I do is for a production that tells some kind of story, and lighting becomes part of that storytelling. For Sigur Rós the lighting is a direct response to the music. The band are in the centre of a world of light and video that should feel naturally driven by the sounds they are making.

“Also in theatre and opera I am used working with a space defined by a large physical set. For Sigur Rós it is more of an environment of video and projections.”

Complementing the high use of video are 18 impression X4 Bars (mostly Bar 20’s), sourced from Neg Earth, with nine on each of the two trusses forming versatile curtains of light.

For the tour Poet has again been collaborating with his reliable and long-term Touring Lighting Designer and Programmer Matt Daw.

Sigur Rós are currently touring Europe, with dates in Canada and the US beginning on Sunday 18 September.