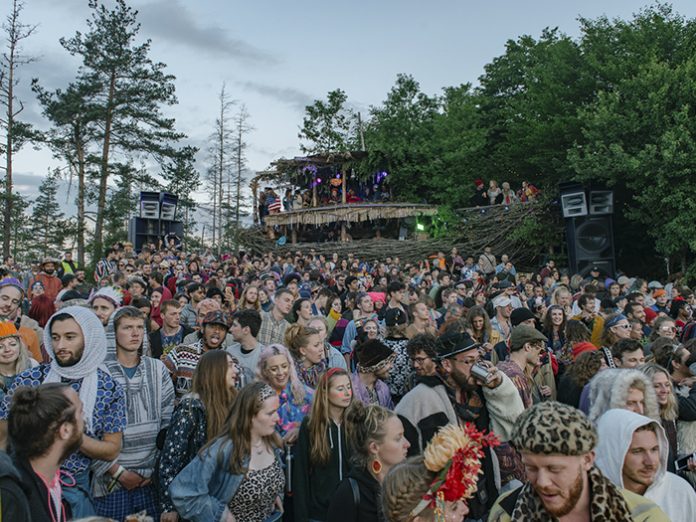 Audio Feed’s Funktion-One systems delivered high-quality sound to all stages at Bulgaria’s Meadows in the Mountains 2018.

Nestled high in the Rhodope Mountains that line Bulgaria’s border with Greece, Meadows in the Mountains (MITM) is an annual festival that provides an experience both musically and geographically outside the mainstream. Located just outside the small town of Polkovnik Serafimovo, the festival returned this June, powered by a Funktion-One sound system.

MITM’s remote location meant this was far from a regular set up. The system, supplied and installed by UK-based Audio Feed, undertook quite a journey to the site. The truck carrying all the necessary kit from the UK was only able to travel halfway up the mountainside, with the remainder of the trip made on a combination of smaller flatbed truck and horse-drawn cart.

The festival comprised of six areas, each featuring a Funktion-One system, supported by XTA and MC2 to achieve the best quality audio in the low-pressure mountain air.

Audio Feed’s Oz Jefferies comments: “MITM is our favourite festival. Nestled up in the Bulgaria mountains above the clouds with no noise restrictions, the festival organisers give us free rein to create the best possible audio experience. Funktion One on every stage allows us to do this – it’s not about volume, it’s about clarity. Together with XTA and MC2 with have all the best tools to do this.”

Despite daily thunderstorms, all systems delivered faultlessly, though perhaps none more impressively than the one used on the Lower Pines Stage. Its system ran 24 hours a day for the full duration of the festival without any breaks.

“Its amazing that we can install a system midday Thursday and it didn’t stop being used until 9.30am on Monday morning,” said Jefferies. “Those amps really delivered.”

For FOH engineer Russell Kearney, the Funktion-One system provided a natural clarity that perfectly matched the festival’s spectacular surroundings and mixed musical styles. He commented: “I always look forward to mixing on Funktion-One at Meadows in the Mountains, it has an incredible realism and transparency that is superb for any kind of music, which is essential for this festival with its wide range of genres. Funktion-One is the closest I can get in live sound to mixing in a high-end recording studio.”