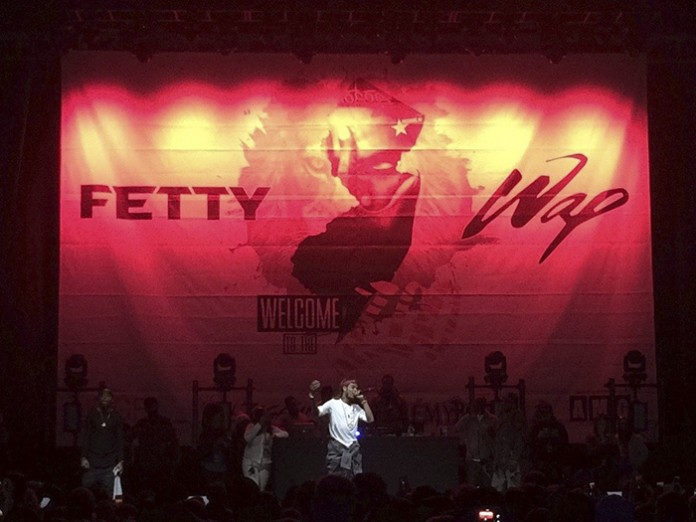 “I was excited to light such a hot new artist, especially since this show was so important to fans that hadn’t seen Fetty Wap perform since his accident,” said Angstadt. “The Rogues were critical to reflecting the mood of the music and highlighting the artist on stage. We used beams and aerial effects as well as some blinders in our rig, but we avoided spots to evoke a more intimate mood. Without followspots, we really counted on the high output and the wide zoom range (12°-49°) of the Rogue R2 Washes to provide front light on stage. They delivered all the brightness we wanted.”

Angstadt flew the Rogue R2 Washes on two rows of overhead truss. Arranged in groups of two and linked via DMX, eight of the RGBW fixtures were flown on the upstage truss and ten on the downstage unit. Positioned between beam and profile fixtures, the LED washes had more than enough output to stand out and fill a variety of roles during the course of the show.

“This was a fully busked show covering a wide range of emotions, so I used a little bit of everything these fixtures had to offer to keep up,” said Angstadt. “We relied on the Rogues’ zoom to create different looks. We used lens effect macros to create some cool audience lighting for high-energy parts of the show – and fast pans and tilts to add to the eye candy effect throughout. We also used them to colourise the artist’s backdrop.”

“The Rogue washes were our colour workhorse,” he continued. “We used lots of saturated colours for back wash and white/cto/ctb for front light to give some variation – but at the same time the audience was still be able to see the performer properly. I used red and purple often on the backdrop, which created a really deep moody look to complement the music.”