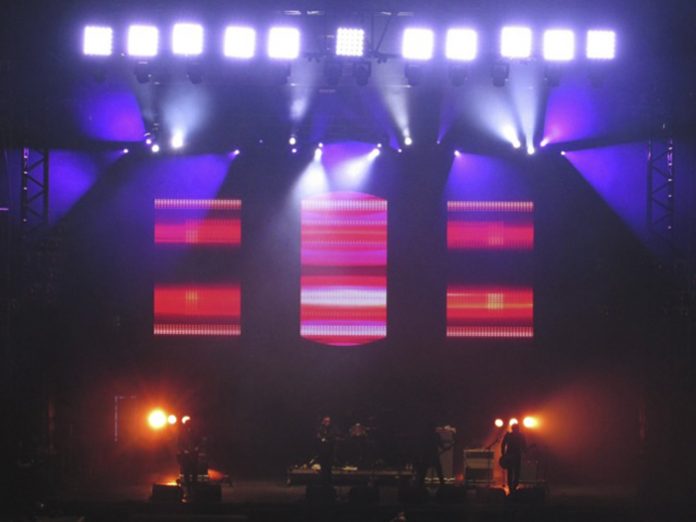 “The Mad Cool Festival has been one of our biggest productions this summer with 98 staff from PRG Spain, one full day of set-up and another of lighting, video and sound rehearsals prior to the three days of concerts,” said PRG’s Francisco Palazon, Head of Production and Lighting Design for the three main stages. “We have a stock of 60 Cuepix Panel units and they get used constantly. At Mad Cool we made use of 11 Cuepix Panels as audience blinders at stage three.”

Stage three was host to an eclectic mix of international acts like Bastille, The Kills, Flume and Django Django among others, alongside popular Spanish bands like 091, L.A., Leon Benavente and Xoel Lopez. Head of Lighting for stage three was Gonzalo Plecel, who created the lighting looks and worked as lighting control operator for some of the bands playing there.

Plecel commented: “The Cuepix Panel units were positioned individually alongside the front truss-line above the stage. The different Lighting Designers that worked here with their bands used them primarily as blinders and also to output programmed sequences and chases with different colors according to their programmed lighting scenes for each song.”

Douglas Valecillos, Lighting Designer and on-tour Programmer and Operator for the British electronic duo Monarchy, as well as the Spanish band Leon Benavente, made use of the Cuepix Panels on two consecutive nights while operating his own lighting programming for the two bands.