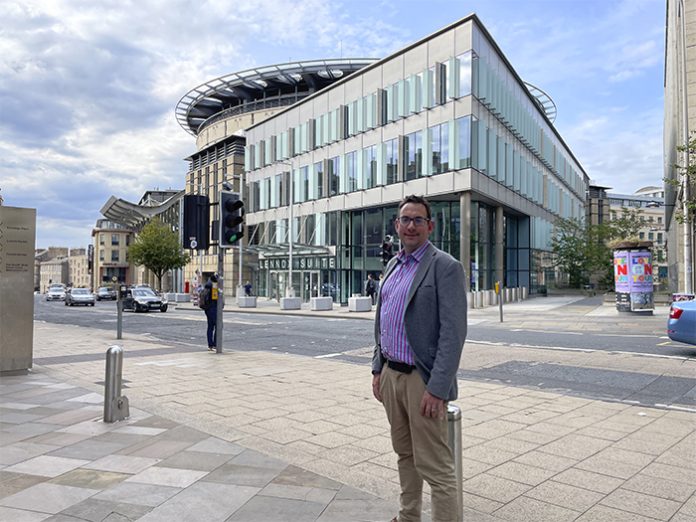 Jeffery’s experience at the Royal Albert Hall included developing the venue’s lighting and audio services, establishing an apprentice scheme, and supporting the delivery of around 400 events a year.

EICC CEO Marshall Dallas said: “As we aim to further establish the EICC as a globally-recognised conference venue, getting someone of Ollie’s international experience and know-how on board is a major coup and signposts our ambitions for the years ahead.  We look forward to Ollie helping to drive continuing success during our next phase of growth.”

Ollie Jeffery, Director of Event Operations and Technology, EICC, said: “I am extremely pleased to be joining the EICC at such an exciting time in its development. The EICC is an incredible venue with fantastic technology and great flexibility to host a multitude of different events. I am also really excited to join such a dedicated team, and I look forward to building on the relationships I have built up within the industry to help the EICC move forward into both the new hotel and overall venue development.”

In June, Hyatt Hotels Corporation announced that it has entered a franchise agreement with the EICC for a 349-bedroom hotel in the Haymarket area of the city.  The hotel, set to open in 2025, will be Hyatt’s first hotel in Scotland, and will address the delegate demand issues the EICC has historically faced.  The hotel school and training academy will partner with Edinburgh College, providing a pipeline of qualified people for Scotland’s leisure and tourism industry.

Also in June, the EICC announced that it had taken on the management and operations of Convention Edinburgh to help drive the city’s business events sector.

In May, the EICC announced that it has secured a series of high-profile UK and international conferences for 2023, collectively bringing thousands of delegates to Edinburgh next year while providing millions of pounds of economic activity to the city and region.