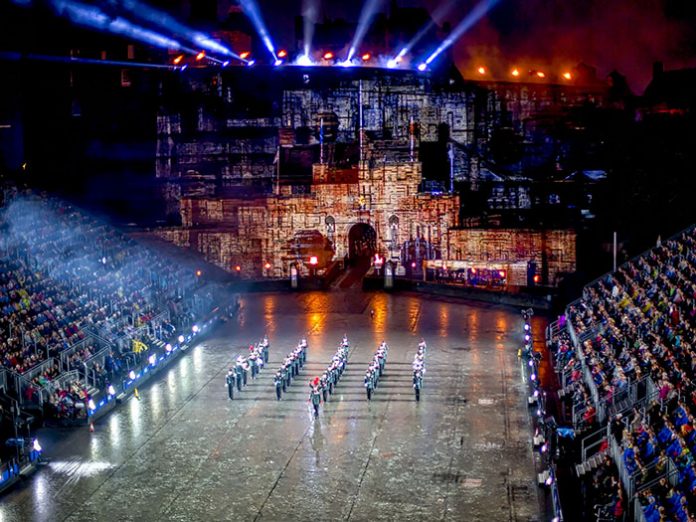 The 12 Panasonic PT-DW17K2 projectors were purchased by the Tattoo and are running for the first time during the 2016 programme, which launched last week showcasing a mix of military pageantry, music, dance, technical wizardry and special effects.

A Watchout control system is also part of the package, supplied via Mirage Associates.

This year’s show pays tribute to Queen Elizabeth’s 90th year, marks the hundredth anniversary of the naval Battle of Jutland and the Great Arab Revolt in 1916 and highlights the history of military music in Tunes of Glory. For this The Projection Studio created a completely new set of video content projected for two thirds of the 90-minute show.

For the US Army Band Europe, the castle was covered in animated stars and stripes and musical notes.

Ross and his team from The Projection Studio worked on compiling the show material as soon as it was confirmed that the video projectors and control would be delivered in time for the 2016 season, which runs for four weeks until the end of August.

The projection was programmed and is being run by Karen Monid for The Projection Studio, the event LD is Gerry Mott and the Audio Designer is Sebastian Frost.