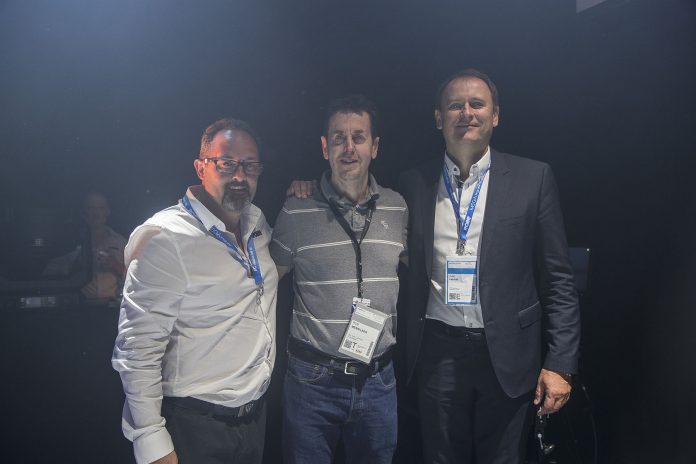 UK-based cross rental facility Dry Hire Lighting has invested in over 50 of Robe’s popular MegaPointe moving lights which will be added to its already substantial stock of the Czech brand.

They have one of the largest fleets of Robe fixtures available for hire in the UK including Pointes, LEDBeam 100s, LEDWash 600s, MegaPointes and the most recent arrival, some of the beautifully retro-styled, LED source PATT 2017s.

The first Pointes, purchased shortly after the fixture was launched in 2013 has become “absolute workhorses” for the company said Dry Hire Lighting’s Rob Merrilees, adding the fixtures “are still going extremely well”.

The Robe factory in Valašské Meziříčí he described as a “very impressive, slick and streamlined operation”, and he also commented on another plus point which is that Robe’s CEO Josef Valchar is involved with the day-to-day running of the business, and has his finger on the pulse in terms of what users and specifiers want and need in a fixture.

“It’s rare to get this kind of set up and I believe it’s really paid off for Robe.”

Dry Hire Lighting’s first batch of MegaPointes is going straight out with the Chemical Brothers for the summer. The lighting equipment supplier is Blackburn-based design and rental house, Lite Alternative.

Lite Alternative has also invested in its own MegaPointes after the fixtures were specified onto the tour – a mix of festivals and own headline shows which runs until the autumn – by the band’s show and production designers, Marcus Lyle and Adam Smith.