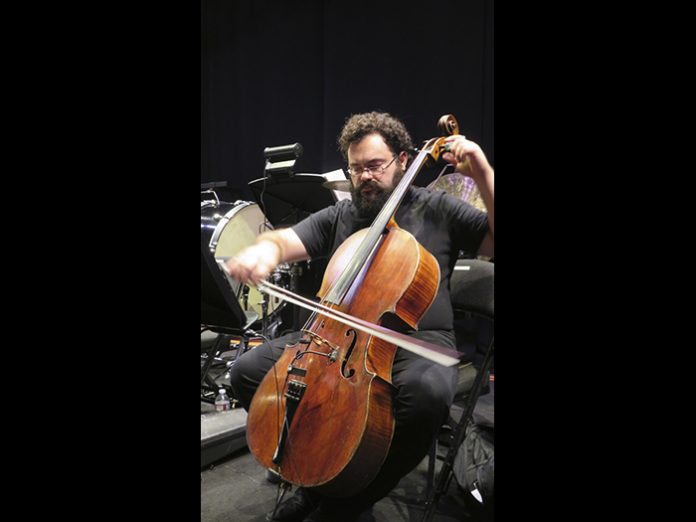 When the Wordless Music Orchestra takes the stage for one of its unique and critically acclaimed performances, Production Manager and Audio Engineer Richie R. Clarke uses a selection of mics from DPA Microphones to create an unforgettable sonic experience for those in attendance.

Clarke first started using DPA in the early 1990’s while working in recording studios on jazz and classical albums, and film score recordings. While he turns to various DPA mics, Clarke has a special affinity for DPA’s d:dicate 2006C Twin Diaphragm Omnidirectional and d:dicate 4011 Cardioid microphones. Clarke also regularly employs DPA’s d:vote Instrument Microphones, d:screet 4061 Miniature Omnidirectional, d:facto Vocal and any other models available when he records. Clarke typically uses anywhere between two and 60 microphones depending on the application.

“I continue to choose DPA microphones for their excellent audio quality,” said Clarke. “DPA microphones sound natural and clear across the entire frequency spectrum; for string instruments, I find there is no substitute. The d:vote 4099 stands out because it sounds great on a variety of instruments.”

“DPA mics will always be front and centre for all my ongoing and future audio projects,” continued Clarke. “I find that some venues don’t have it in the budget to get me all of my preferred mics. As a result, I have started to build up my own collection of DPA microphones to travel with, so my desired sound doesn’t have to suffer due to budget constraints. This has already proven to be the best decision I could have made.”

Wordless Music Orchestra is the house band of New York’s Wordless Music series, which was founded by Ronen Givony in 2006, and has since performed concerts in museums, churches, nightclubs, and outdoors, pairing artists from the sound worlds of so called classical, electronic and rock music.Comprising New York’s most omnivorous young musicians and members of groups such as Alarm Will Sound, ACME and Ensemble Signal, the orchestra presented its first concerts over two sold-out nights in 2008 under Conductor Brad Lubman, with the U.S. premiere of Jonny Greenwood’s Popcorn Superhet Receiver, on a program with music by Gavin Bryars and John Adams.

Clarke is currently working on a special live score screening of the Academy Award winning film Moonlight. The world premiere took place earlier this year and the company will be presenting it in London this spring. He will also be mixing the upcoming World Premiere of Stanley Kubrick’s Barry Lyndon live orchestra performance.