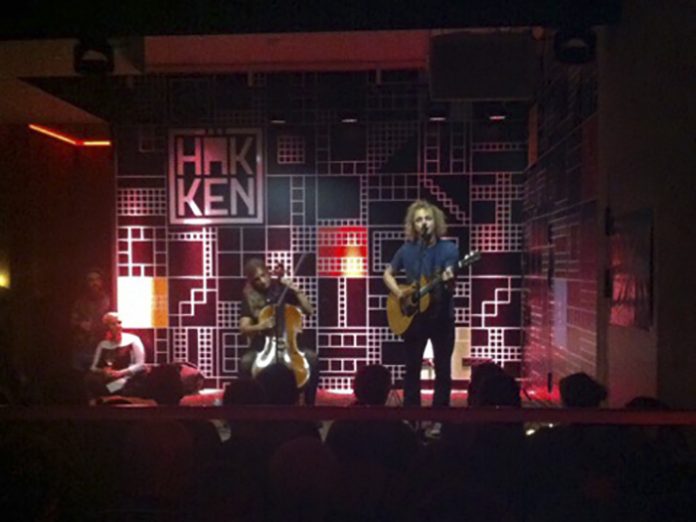 An old Philips cassette player has become a vital piece of equipment for Norwegian folk artist, Pål Moddi Knutsen, who uses the machine on two songs from his recently released Unsongs album.

However, amplifying the cassette player on stage proved something of a challenge for Sound Engineer Tom Meyer when he was called in to handle sound for Moddi’s recent live gigs.

“When Moddi turned up with the cassette player I was a bit surprised,” explained Meyer, who runs TM Tour Productions in Bardu, North Norway. “My solution was to use a DPA d:screet 4060 Omnidirectional Microphone so that we could get the best possible sound and still keep the stage tidy and free from unwanted mic stands. We used a DPA Universal Surface Mount to position the microphone on top of the cassette player so that we could capture sound from the internal speaker.”

Moddi recently completed a 13-date tour of Europe, followed by a five date Norwegian tour, where he performed with a band and a string ensemble from the Arhkangelsk Chamber Orchestra. He performed in Kansas in February, before returning to Norway for a concert with Trondheim Solistene at the Operahouse in Oslo. At the end of March, he goes back on tour in Europe accompanied by Tom Meyer and a selection of DPA microphones.