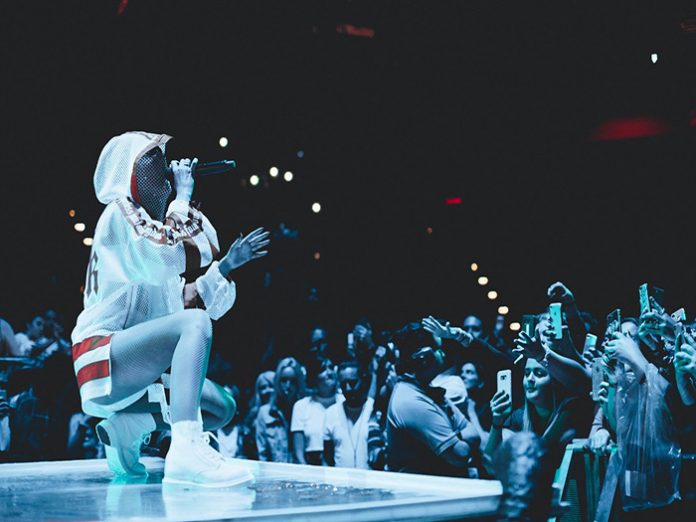 Before pop music artist Halsey set out on her world tour in support of her second album, Hopeless Fountain Kingdom, the singer’s FOH Engineer Vincent Casamatta and Monitor Engineer Scott Wasilk decided compare vocal microphones to ensure the best sound amplification possible while on the road. With many options, the duo thought they were in for a long, drawn out process. Fortunately, the first microphone they tried, the d:facto Vocal Microphone from DPA Microphones, was also their last.

Casamatta and Wasilk’s decision to try the DPA Microphones d:facto came after the microphone received high praise from their industry friends and colleagues. Upon using the d:facto, they instantly felt it was a perfect fit. Casamatta said: “We chose the d:facto because we were looking for a microphone that sounded natural and needed less treatment. Beyond high pass filtering, and some artist specific cuts, we try to preserve the tone of the equipment. We didn’t want a mic that always needed tobede-essed or always needed compression in the low mids.”

The DPA Microphones d:facto checked off many other boxes for the engineers. “Our list of requirements for choosing a new vocal mic were clear,” added Casamatta. “We needed low-handling noise, plenty of open usable high end, tight low mids, good rejection, moderate and usable bleed, as well as consistency between wireless and wired. The d:facto hits in all these areas with a great deal of balance. Halsey noticed the difference in microphone capsules immediately the first time we used the d:facto.”

The DPA Microphones d:facto was also able to solve some unique audio challenges presented by previous microphones. Wasilk commented: “Every singer and every situationis different, but like other modern pop concerts we have an artist that spends a good deal of time in front of the PA interacting with the crowd. Rejection and bleed are important issues for monitors and out front. I typically shy away from hyper or supercardioid vocal mics. I have found microphones with tighter patterns that reject more, tend to have a very harsh, almost shotgun mic quality that tends to bleed through. With the d:facto, we don’t have that issue. The d:facto has a tight pattern and the bleed making its way into the microphone is more natural and usable than other options we have tried.”

Another issue the engineers faced in the past was the lack of usable high-frequency response at the front of house. Casamatta added: “Prior to using the d:facto, we were left to choose between a microphone with good rejection that was very dull, or a microphone with studio quality high end but with a wide pattern. Halsey spends so much time in front of the PA that we need both a great high end and great rejection. The d:facto has clean high frequency response and tight pattern control in a way we haven’t experienced before. It has addressed usable high-frequency response at the front of house, which is pretty amazing.”

The engineers are also very fond of the mic’s design. “One of the most thoughtful design features is that the capsule is modular, so you can use an isan wireless transmitter or hand held preamp, just the same,” said Wasilk. “This gives us consistency on the road. Whether playing arenas or sitting down at a radio station for a few songs acoustically, we can use the same capsule and it sounds identical. The d:facto isan excellent addition to our line up.”

In addition to using DPA’s d:facto microphone on vocals, the duo is also using 4 d:vote 4099 instrument microphones on drums. Casamatta concluded: “We utilise the 4099s on the floor toms and hi-hats. They sound great and take EQ well. Also, we like the design of the 4099s because they are discreet and easy to place just about anywhere on the kit. Just like the d:facto, the bleed is natural and easy to work with. We are looking forward to bringing DPA on tour with us in the future.”