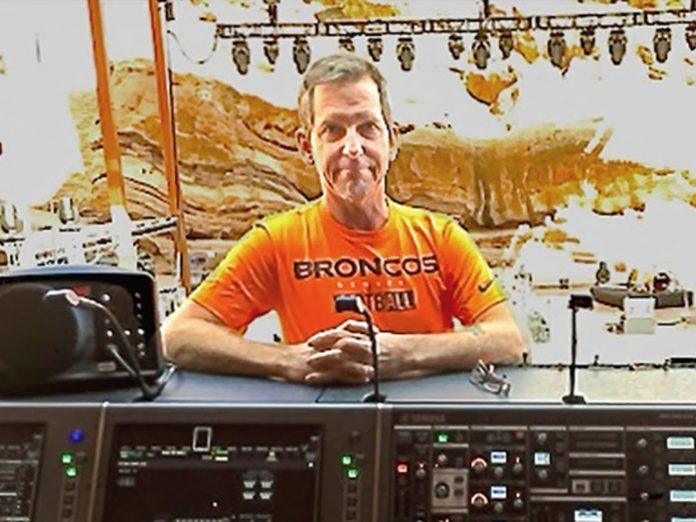 Like many, front-of-house engineer Kimball’s original plan was to be one of those rock & roll stars himself. “I was a musician first,” he started, “but just by having to be my own sound guy, I started to fall in love by twisting knobs. At some point, I realised I couldn’t really make a living by playing in a band but I could do that by doing sound for bands. So I just bounced over, and one band just kind of led to another.

”  This summer, that path has led to a gig with Tears for Fears, who are on an arena tour co-headlining with another pair of 80s superstars, Hall & Oates. It’s not Kimball’s first go-round with the British pop-rock icons. “I’ve been working with Tears for Fears for years,” he said, “and the main reason is that I just really love their music. For a sound guy, it’s really rare to be working with a band like that. With them, it’s like mixing a record in a studio every day.”

Given his status in the FOH universe, Kimball could probably get his hands on any piece of gear he wants. But when he recently was in the market for a preamp, he made the decision to incorporate Focusrite’s ISA 828 eight-channel microphone preamp into his arsenal.

“I was searching around for preamps,” he explained “something I could use in a rack setup. I was looking at Neve, but the cost and the fact that they weren’t built in a rack style meant that wasn’t ideal; I didn’t want to be physically stacking those boxes all the time. Then I came across the 828, saw that it had eight channels of Focusrite pres in a 2U rack space, and said, ‘Okay, let me check this out.'”

Kimball liked what he found, and quickly added the ISA 828 to his setup. “I thought it would be a good idea to incorporate a splitter, set it up so that everything went into the 828s first, and then slid out to both monitors and front-of-house,” he said “That way, we were all getting the preamp sound. And we can get the best of both worlds — we get analog on the front end, and then we can still have the conveniences of the digital world, with recall and all that. I’ll tell you, when we started rehearsals, my jaw was on the ground, like “Why didn’t I think of this a long time ago?”

A major factor leading to Kimball’s adoption of the ISA 828 was the preamp’s tonal quality. Befitting his love for classic sounds, he fell in love with the luxurious richness that the unit offers — which, as it happens, is based on a design created by Rupert Neve in 1985 for Sir George Martin’s AIR Studios. “The 828 just warmed everything up, and gave me tones I hadn’t heard for years, bringing in those second and third harmonic tones,” he added. “Specifically with Tears for Fears, the bass tone had always been a bit thin and clanky. So what I tried was to bring in a diaphragm microphone to replace what we had been using, then put the Focusrite pres on both channels and it completely changed the sound of that bass. It sounded so warm. I thought, there it is! That’s the sound I’ve been looking for.”

That attention to sound quality is what makes Kimball one of the most in-demand FOH engineers around but what really keeps him going is the thrill of the show itself. “The studio thing doesn’t float my boat,” he admitted. You can be sitting there all day working on a kick drum. “What I like is the adrenaline of a live show, when the house is dark and things are about to start and you’re thinking ‘Okay — time to make it happen’. The energy is great; the vibe is great. The thing about live music is it’s only that one night. You’re never going to hear it the same exact way again, and I love that.”