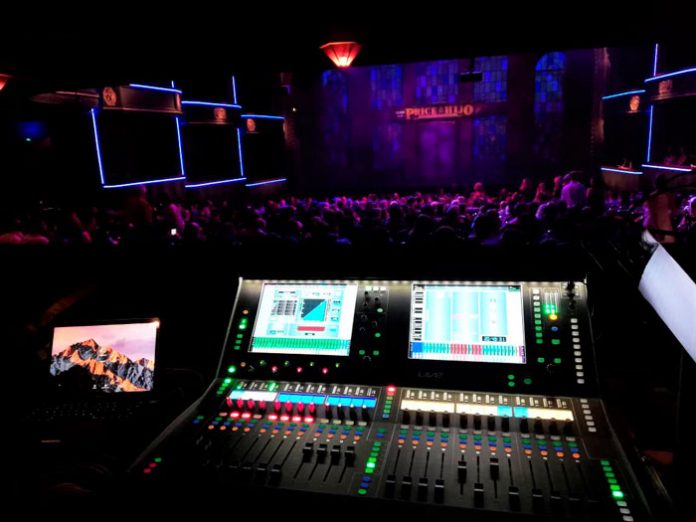 The Teatro Astral in Buenos Aires, Argentina, relies upon an Allen & Heath dLive digital mixing system for the launch of the iconic Broadway musical, Kinky Boots, which saw its opening night in January.

The large-capacity venue accommodates up to 1,200 people and has become a home to various productions, events, conferences, congresses, seminars and exhibitions. With the theatre not having its own in-house system, the venue turns to audio rental company BR Sound S.R.L to help host its events, and with the latest Kinky Boots production being scheduled for multiple times a week over the next two years and featuring a large crew of on-stage actors and musicians, the engineers needed a large format desk that significantly expanded the theatre’s capabilities in terms of channel counts, processing power, speed and flexibility.

Lead Engineer, Santiago Rivero (BR Sound), explained: “We needed a flexible, compact and powerful mixer, with an affordable price. We immediately thought of A&H mixers, because we are former GLD users and have always loved the sound.”

Facilitated by Allen & Heath’s Argentinian distributor, ARS Technologies, the full setup features a dLive C3500 surface, which uses around 80 input channels and more than 100 scene changes during the show, paired with a CDM48 MixRack, which is fitted with a Dante card for multitrack recording and playback.

Personal monitoring for each musician is handled via seven ME-1 systems connected to the MixRack and deployed in the orchestra pit alongside a DX168 expander, which provides additional analogue I/O.

Rivero concluded: “dLive is just the best fit for the show. From the amazing graphic interface to the large number of customisable options & knobs, dLive can be used in a number of ways and it allows operators with different workflows to get to grips with it incredibly easily. Also, as we need to use various third-party software during the show, thanks to the optional networking cards, dLive can easily integrate and work with everything we could need!”