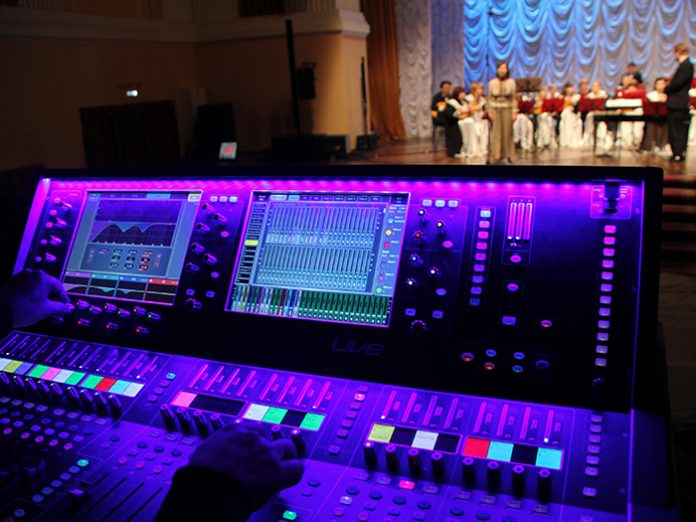 An Allen & Heath dLive digital mixing system recently managed a special concert in the Philharmonic Hall of Astrakhan, in the southern region of Russia.
The system, consisting of an S5000 Control Surface and DM48 MixRack, was equipped with Dante, Waves and MADI network cards, and managed both FOH and monitor sound, as well as providing a multi-channel recording.
The concert was performed by Makhov’s Orchestra of Russian Folk Instruments, named after its first artistic director and conductor, Vyacheslav Makhov. Based in Astrakhan, the orchestra tours musical festivals all around the country, and staged a special home coming performance.
Leonid Butakov, Conductor of the Orchestra, said: “dLive has an amazing sound! It is unbelievably soft and velvet smooth. I was so comfortable working on stage that I didn’t even notice when our performance was over. I’ve never heard sound of this quality at our Philharmonic Hall before!”
www.allen-heath.com