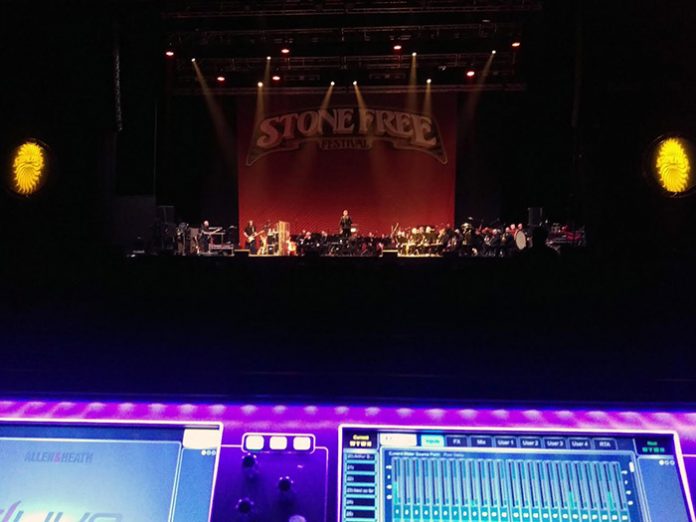 Stone Free is a major new festival, featuring two days of classic rock music from leading artists, including Alice Cooper, The Darkness, Marillion, Therapy? and Steve Hackett. Rick Wakeman’s headline appearance comprised the debut live performance of the revised album King Arthur and the Knights of the Round Table, which has not been performed since 1978.

With a full band and accompanying orchestra, there was a total of 120 inputs on stage. Orchestra and choir stem feeds were also required for recording and for the monitor console. As well as the headline performance with Rick Wakeman, FOH engineer, Ian Barfoot, also used dLive earlier in the day to mix the Symphonic Wish You Were Here, an orchestral reworking of the Pink Floyd album of that title.

“The hi and low pass filters combined with the parametric EQ were particularly useful for this performance. The dLive filter system is so comprehensive, and the ability to switch filter slope characteristics is a big plus,” explained FOH engineer, Ian Barfoot.

“In my very humble opinion, dLive is the best sounding digital live sound console out there. The surface is very easy to mix on, and if you delve a little further it is such a powerful tool with its extremely comprehensive feature set that stunning results are achieved with surprising little effort. It has a very precise, detailed sound, which you don’t find on other consoles, whilst not sounding electronic – it’s almost analogue in nature. The quality of the built in FX and Dynamics package never ceases to impress, and being native there is very little latency, adding to the precise but not clinical sound.”