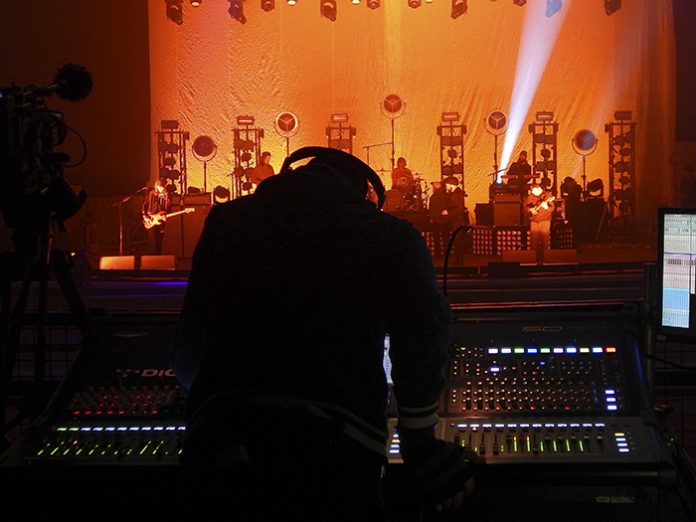 The Stealth Core 2 upgrade allowed Fillery to downsize without sacrificing inputs or outputs. “I know that I can use the console in any situation, festival, broadcast, live venue and I won’t run out of processing for extra I/Os that some situations dictate,” he commented. “The easy navigation and use of an external monitor allows me to use the two screens for two different purposes.”

At FOH, Coppen has 40 inputs from the stage plus two additional large diaphragm condenser mic inputs in the SD-Mini Rack. Depending on the song, with effects returns and ambient house mics routed to recording, he has up to 62 inputs.

“I have a stereo Control Group with external Buss Compressor inserted and routed to three stereo Matrix pairs,” Coppen said. “This allows me to listen to the stereo mix and still be able to mute outputs. For stereo matrix pairs, I have one AES to house drive for the PA, an additional (spare) stereo pair for secondary output, a third stereo output with audience mics mixed in for a two-track 48kHz nightly recording into a Tascam USB recorder.”

This was both engineer’s first time using Eighth Day Sound, with VER having supplied equipment for the US leg.

The European tour ended in February in Portugal.