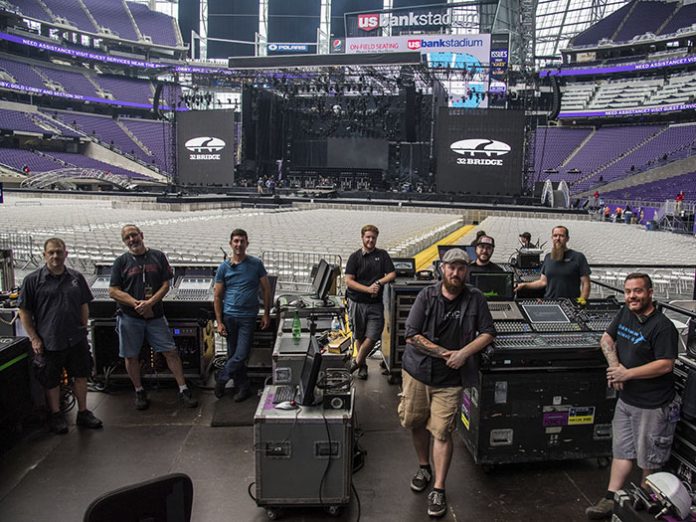 A selection of DiGiCo consoles has joined Luke Bryan on his mammoth Kill The Lights Tour, with a notable date being the inauguration of the new U.S. Bank Stadium, the NFL’s newest venue and home to the Minnesota Vikings.

Bryan is using a DiGiCo SD5 for FOH and an SD7 on monitors, with support acts Little Big Town using DiGiCo SD10 consoles for both FOH and monitors.

Erik Rogers, Production Manager and FOH Engineer for Dustin Lynch, said: “We’ve done stadiums before and the size isn’t intimidating. But to walk out onto a stage and be the first one to play there, that feels amazing!”

Frank Sgambellone, FOH engineer for Luke Bryan, had similar sensations about being the first to play a new major venue, although he began planning for it back in January, when he learned that Bryan’s shows would be followed the next night by Metallica. The two bands’ production teams worked together on issues such as the size of the stage, making it work to comfortably accommodate both artists’ needs.

“When you have two very different productions coming together in a building that no one’s ever heard before, it has to be a group effort,” he said.

“We’ll be the ones who let everyone else know how it went here,” Rogers added. “Fortunately, it went great.”